This vegetable-farming family is producing CSA shares and restaurant deliveries on its Green Dog Farm for the community around Fort Collins, Colorado. 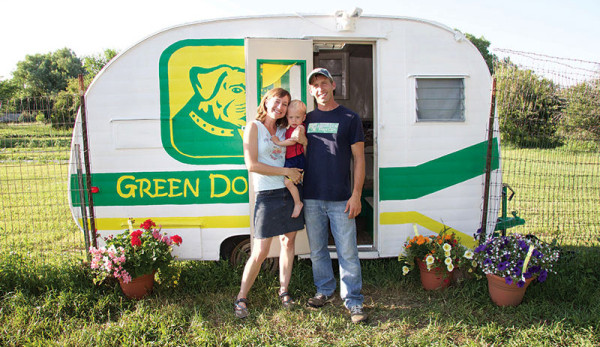 After Karl Talbot graduated from college, he went right to work in a corporate setting in Minneapolis. He migrated to part-time sales and then began working in inner-city schools, eventually teaching children with special needs.

At the same time, Karl‚Äôs wife, Dana, was working in the high-end fashion industry. Slowly, the couple began to consider how they wanted their lives to look: They realized they wanted a balance between careers they enjoy and time together as a family. They wanted to build for the future while having more fun in the present, and to slow down their lives enough to experience a better mix of both.

At the base of the northern Front Range of the Rocky Mountain foothills, Fort Collins offers a semiarid climate with four seasons. The community is home to Colorado State University and boasts 300 days of sunshine each year.

It was this mix of mountains and climate that caught Karl and Dana‚Äôs eyes. Karl grew up in the Minnesota suburbs and Dana in the southern Arizona desert, so Fort Collins offered a wonderful blend of climate and community. Trending as one of the top places to live in America, according to CNN, Money, Forbes and others, Fort Collins had also become home to Dana‚Äôs sister, another bonus to relocating there.

‚ÄúFort Collins is laid-back, more casual and friendly, and offers a slower pace,‚Äù Karl says. ‚ÄúI feel a bit set back in time here; you may see a trolley taking people to City Park or a person riding a horse down a neighborhood street and strangers will say hello when they pass by.‚Äù

Before moving to Fort Collins, Karl was growing and selling saltwater corals to local stores and playing around with hydroponics. He has always enjoyed having a large yard and gardening. And, although he wasn‚Äôt interested in continuing as a teacher, he did want to find work with meaning.

While reading about Fort Collins, Karl became intrigued about the CSA business model and its payment structure, as well as positive engagement in the community. As an educator, Karl had gained firsthand experience with the effects nutrition had on student behavior and success.

‚ÄúYour lifestyle can greatly determine what you eat,‚Äù he says. ‚ÄúI wanted to promote a healthy lifestyle and help others eat nutritious, locally grown food. I wanted to learn more and even contacted a couple of local farms before moving.‚Äù

Karl’s approach was to learn by doing. He started by getting into horticulture, and at the same time, he continued researching the CSA model.

In 2012, Karl used the CSA model and launched Green Dog Farm. The farm fits the Talbots‚Äô values, enabling them to enjoy knowing where their own food comes from while being part of the small-farm movement and playing a role in promoting a healthy ecosystem.

At the same time, Dana pursued a new career by launching a massage and yoga studio. Dana specializes in Thai massage and is in the process of applying for a license as a massage school. The combination of these two businesses allows the couple to have flexible schedules and build the lifestyle they want for their growing family, which now includes their active 3-year-old son, Milo. 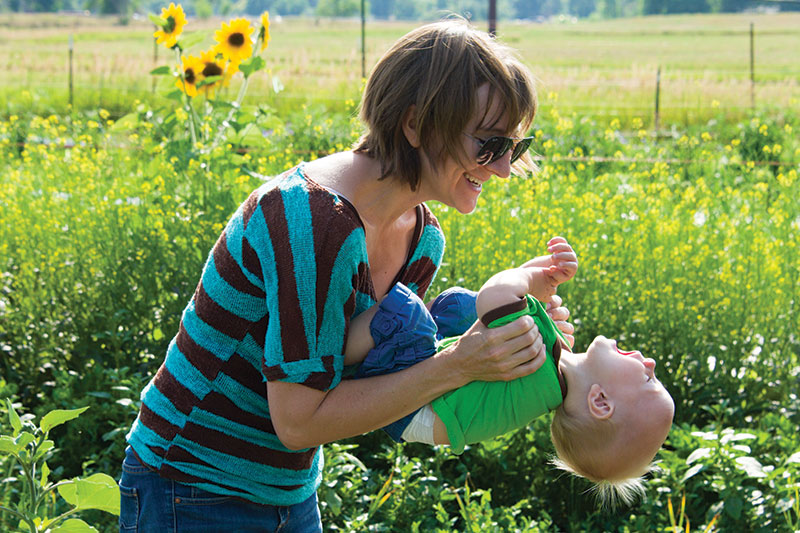 The CSA is in its fifth year, and Karl as well as Green Dog Farm have grown and changed. Originally, he worked with another farmer on a plot of land with a self-serve stand. At the same time, he worked to build the CSA membership, eventually doubling it and furthering Green Dog‚Äôs sales reach. The farmer whose land was the first home to Green Dog Farm passed away unexpectedly and the property was sold for commercial development.

Around the same time, Karl found his farmers-market booth becoming unproductive. After some evaluation, he refocused his efforts on expanding the CSA memberships while providing products for a small number of local restaurants.

Assessing the time needed for harvesting, washing, packing, calling on and making connections with these restaurants against the return on investment for growing a smaller, more specific produce line made it clear that there might be other ways to grow the business.

Karl also learned that a lot of his CSA members really prefer staples over specialty crops like kohlrabi and eggplant. While those might be fun to grow, they were more appreciated as an occasional twist in the CSA share rather than as regular items.

One of the challenges is finding the balance between the ebb and flow of what is currently selling and what has been successful in the past. It is also a challenge to keep up with needs and not overproduce any one item. 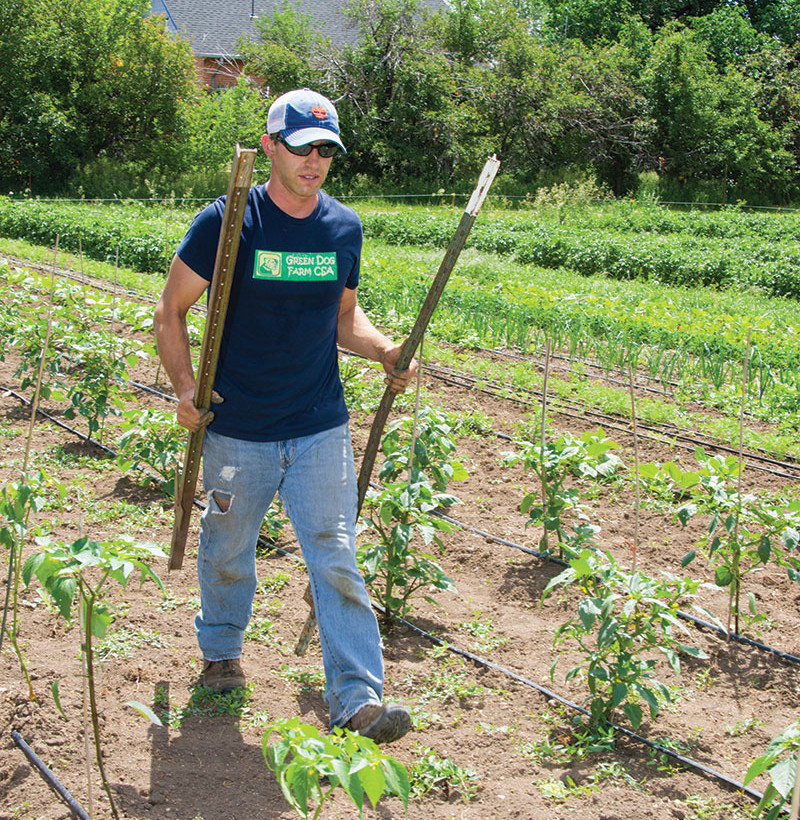 In the future, Karl would like to reopen his self-serve farm stand, believing that it was an asset to the community. He is currently working to also expand the business to include beef cattle and exploring the development of a farmer‚Äôs cooperative where several farmers might join forces to manage a larger market stand. This would allow people to specialize in different crops while not having to staff a farm stand every week. The workload could be shared and might make the process more accessible to smaller farmers.

Another model Karl is exploring with fellow small farmers is the establishment of a relationship with a work or landscape crew. The crew could move from farm to farm in the cooperative providing skilled labor to help everyone. Working with people with special needs is an additional opportunity Karl sees for the future in terms of collaboration.

‚ÄúThe special-needs population sometimes has little interaction within the community,‚Äù Karl says. ‚ÄúI would like to create safe places for families and their children and envision that as one of our on-going projects on the farm.‚Äù

The return of the self-serve farm stand, collaboration with other small farmers, bringing people to the farm to collect their share, and in the future hosting farm dinners are all elements that Karl envisions for his CSA business model.

If you‚Äôre interested in learning more about starting a CSA, Karl suggests working on or with other CSAs, farms and for nurseries in addition to any agriculture study. ‚ÄúThis is a dirty, low-paying job that is hard on your body,‚Äù he says. ‚ÄúIf you do not enjoy the work, I don‚Äôt recommend it. I suggest that people look into cooperative farming and read Local Harvest: A Multifarm CSA Handbook.‚Äù He also adds that it‚Äôs important to consider your market and additional income sources.