Why I’m Thankful For The Three-Point Hitch

Although using a three-point hitch can be frustrating, farmers everywhere should be thankful for the advantages offered by this standardized feature. 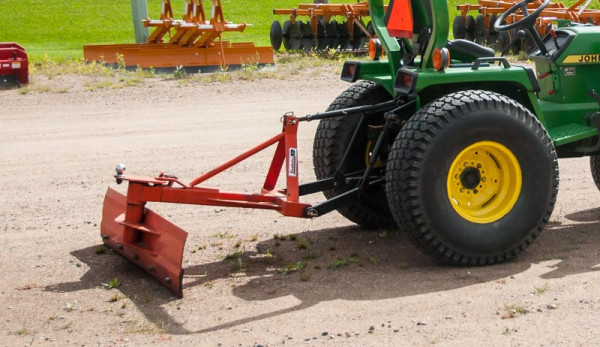 Thanksgiving Day might be behind us, but the feelings that the day promotes can (and should) linger year round. It might sound cliché, but it’s easy to get caught up in the rush of everyday life and overlook just how much we all have to be thankful for.

Of course, this can apply to all areas of life, even farm machinery. Take, for example, attaching implements to a tractor using the three-point hitch. This specialized hitch for attaching implements uses three points of connection to the tractor, offering a stable way to expand a tractor’s abilities. It can take a bit of effort to get the tractor and implement into exactly the right position so that the three points of attachment can be made—getting two of them secured tends to be easy enough, but I find that the third one can be quite stubborn and refuse to slip into place.

Naturally, this can be frustrating if you’re ready to get started but are delayed by stubborn equipment. At times like these I suggest thinking back to the days before the three-point hitch was a standard for farm equipment. What a different world it was!

The truth of the matter is that the three-point hitch is a tremendous accomplishment in the world of farm machinery. The ability to lock an implement directly behind the tractor—preventing the implement from shifting around at the end of a drawbar—is a huge asset for some projects such as plowing fields, making the task considerably safer and easier. Being able to raise and lower the implement with the hydraulics, and do so without leaving your seat, is another substantial benefit that can be easy to take for granted.

But for all its strengths, the three-point hitch hasn’t always been a standardized feature for tractors. Designed and improved during the 1920s and 1930s by Harry Ferguson, the three-point hitch first rose to prominence thanks to its use on a series of Ford tractors starting in 1939. However, the design of the hitch was exclusive to Ford, leading to decades of competition as other tractor manufacturers attempted to produce similar hitches, including a two-point “Fast-Hitch” used on Farmall tractors.

Of course, having different hitches for different brands of tractors meant that implements designed for one brand would be incompatible with other brands, an inconvenience for farmers without a strong alliance to any given manufacturer. However, as patents on the three-point hitch expired, the system became more widespread and was soon adopted as a standard by many manufacturers.

Nowadays, the three-point hitch has been formalized into five categories for different sizes of tractors, so implements of a particular size will work with any tractor that can accommodate that size. So the next time you hook up your Brand A plow to your Brand B tractor, with a Brand C brush mower waiting to be used later in the day, don’t worry about the occasional difficulties you might encounter with hooking them up. Instead, be thankful that such a powerful, versatile and standardized hitch has been invented.