Bring Color & Flavor To Your Garden With 3 Unusual Kale Varieties

Kale is good for you. But, did you know it's also a gorgeous plant? Meet three unusual kale varieties that will add visual diversity to your garden. 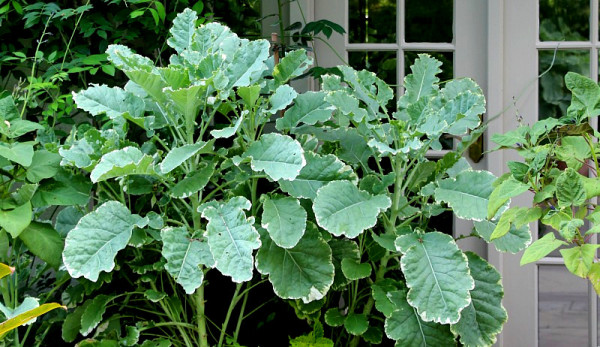 The popularity of kale has risen astronomically over the last few years and for good reason. Not only does this flavorful green add a nutritional and delicious punch to the plate, it’s also a gorgeous garden plant. While kale-lovers are probably already familiar with varieties that are long-time favorites, like Red Russian, Winterbor and Dwarf Siberian, there are lots of unusual kale varieties well worth including in your garden, too. Here are three unusual kale varieties that highly deserve your attention and adoration.

Of all of the unusual kale selections I’ve grown over the years, Kosmic exhibits a trait that no other has: it’s a perennial. Hardy to about 10 degrees F, the same Kosmic plant has lived in my Pennsylvania garden for two years now, surviving with just a double layer of floating row cover to protect it from the harshest winter weather. It’s a bi-color kale with medium green leaves edged in a ruffling of white, making it as beautiful as it is tough. Instead of bolting during its second year, like other overwintered kale varieties eventually do, Kosmic keeps on trucking. It produces dozens upon dozens of succulent leaves each growing season that can be continually harvested as needed nearly year-round.

In order to grow this unusual kale, you have to start with plants that have been vegetatively propagated because this variety does not return true when grown from seed. The plants are propagated commercially via root cuttings, so if you want more of this plant, you can do the same, or try your hand at taking stem cuttings of the plants.

Another stunning and unusual kale, Red Ursa is one of the prettiest vegetables in my garden. Though it isn’t a new variety, it’s one I don’t see often at market, but it always catches people’s attention when they see it in my vegetable patch. Red Ursa has highly ruffled, highly serrated leaves that are a gorgeous blue-green with a magenta mid-rib and venation. In my eyes, it’s far more attractive than Red Russian, as its colors are deeper and the leaves are far frillier. The flavor is a real standout, too. I like it both raw and cooked, especially after the leaves have been exposed to a few fall frosts. Like other kales, when cold temperatures arrive, the starches in Red Ursa’s leaves turn to sugars, sweetening the flavor even more.

The final unusual kale I’d like to share with you is Dazzling Blue. It’s a strap-leaved variety (like dinosaur or Tuscan kale), and rather than having curled leaves like the previous two varieties, the leaves of Dazzling Blue are long and flat, with a deep, crinkly texture. This plant is so special because not only do the leaves have the rich, dark, blue-green blade coloration of dinosaur kales, they also have brilliant pink midribs. The contrast is absolutely striking.

With increased cold-tolerance, Dazzling Blue produces through much of the winter in my garden, far better than most other varieties I grow (with the exception of Kosmic of course). The flavor is classic kale but with a slightly more sweet twist, especially in colder weather.

Include these three attractive and delicious kale varieties in your future gardening plans and enjoy months of harvests. As an added bonus, you’ll also get to enjoy all the oohs and aaahs sure to come from friends and neighbors. Who knew kale could be so cool?