The five-year Census of Agriculture can be used to help develop programs for small-scale and beginning farmers, so participation is vital. 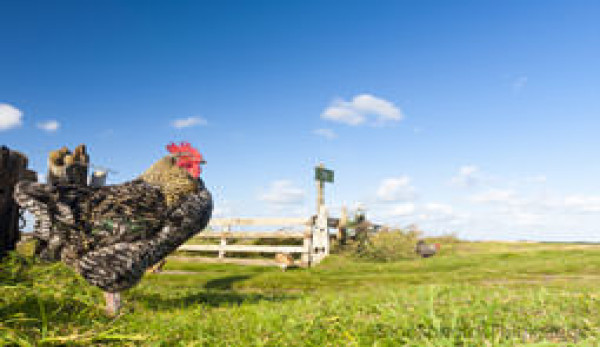 December 2012 is a big month in the world of agricultural data. Late in the month, the USDA will mail out the 2012 Census of Agriculture, a survey conducted every five years of U.S. farms, farm owners, production practices, income and more. Farmers who earned or had the potential to earn $1,000 from their farming operation are required by law to participate in the census. The Ag Census is the only time the USDA collects demographic information on the nationâ€™s farmers, and it illustrates the big picture of U.S. agriculture as well as trends in farm ownership, which can be especially important to take note of in the changing agricultural landscape.

With a rapidly aging farmer population and the Farm Bill still awaiting passage in Congress, the 2012 Ag Census could come into play in big ways in terms of developing sustainable farming practices and increasing aid to minority farmer populations. In fact, data from the 2007 census is still putting projects integral to the future of farming into motion.

Between 2002 and 2007, the number of women farmers increased by 19 percent, according to the census, outpacing the 7-percent increase of overall farmers during that time period and adding to a trend that has spanned more than a decade. This data provides crucial information to organizations like American Farmland Trust that are working to educate farmers on agricultural best-practices.

“Agriculture is still a male-dominated occupation and most of the materials, outreach and approaches used in agriculture to promote conservation practices are tailored to men, not women,â€ť says Ann Sorenson, AFTâ€™s research director.

To target the growing woman-farmer population, AFT is working with local organizations in Illinois on ways to better teach farmland-conservation practices to women. The organization has also compiled a list of recommendations to better reach women in Farm Bill policies.

“There is a parallel between women and other under-served populations with regard to Farm Bill programs, especially conservation and marketing programs,â€ť Sorenson says. “Many of the programs that help ensure some funding goes to limited-resource, minority, and new and beginning farmers could be applied in a limited way to women.â€ť

But this example is just one way in which Ag Census data can be used to benefit the future of farming, including small-scale and beginning farmers.

“There are a number of new small-farm programs at USDA to help start-up businesses; new and beginning farmers; marketing efforts; and farm-to-plate type of production,â€ť says Sue King with USDAâ€™s National Agricultural Statistics Service, which administers the Ag Census. “The census helped illustrate the need for these programs after results showed over 290,000 new farmers, a continuously aging farm population and more women farmers than ever before.â€ťÂ Â

Responses to the 2012 Ag Census can be submitted by mail or by using a secured online system. If you have not received your census by the end of December,Â contact the USDA NASS at 888-424-7828. Completed forms are due by Feb. 4, 2013.