Calculate your hay need for winter and test its quality before the grazing season ends. 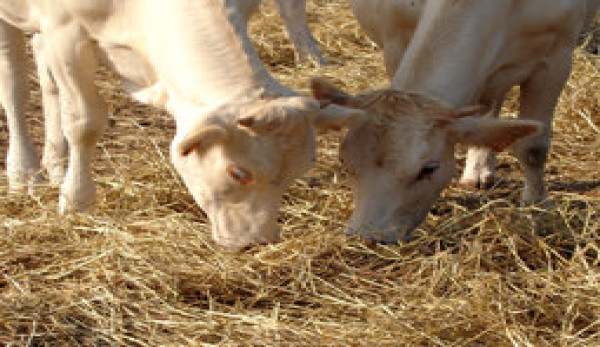 Due to dry conditions, many livestock producers around the country are already into their winter feeding programsâ€”some of which began as early as September. Farmers need to inventory their hay supplies now to ensure they have enough to last through the winter.

If you find youâ€™re short on your hay supply, buying additional hay now can save you a lot of headaches later, says Tom Keene, hay marketing specialist with the University of Kentucky College of Agriculture.Â Â

The good news in Kentucky, he says, is local forage producers had primeÂ haymaking weather earlier this year and were able to get good yields because of adequate springtime moisture.

â€śDuring a normal season, we would have had a surplus of hay,â€ť Keene said.

However, the timely rains diminished in July for some areas of the state and havenâ€™t returned in significant amounts in most places since then. According to the most recent Kentucky Weekly Crop and Weather Report, about 90 percent of the stateâ€™s pastureland was rated either poor or very poor.

â€śEven if we get some much-needed rain, itâ€™s unlikely that pastures will recover enough to provide very many grazing days before cold weather sets in during December and January,â€ť he says. â€śSo those currently feeding hay will probably be doing so through March 2011.â€ť

When calculating the need for additional hay, farmers should consider their current supply, how muchÂ hay they feed their livestock each day and feeding and storage losses. You can get assistance determining these calculations from yourÂ county extension agent for agriculture and natural resources.

If the calculations show a need for additional hay, go ahead and purchase some, Keene says.

â€śBy buying hay now, producers will have a bigger selection of quality hay, be more likely to find hay close to home and in the packaging they want,â€ť he says. â€śThe longer itâ€™s put off, the more trouble [farmers] will have meeting these criteria.â€ť

To get the most out of current hay supplies, farmers should have their hay tested.