Tips For Growing and Enjoying Cucamelons

Cucamelons are a tiny, underutilized fruit in the curcubit family that pack a lot of punch. 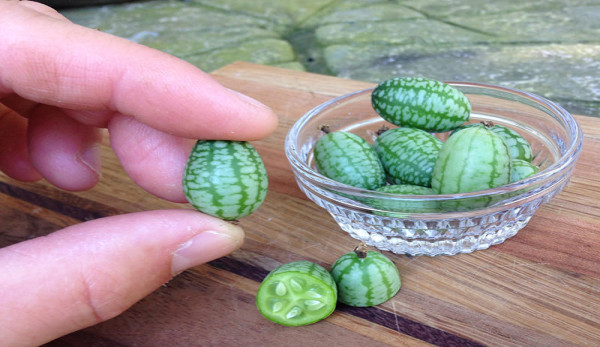 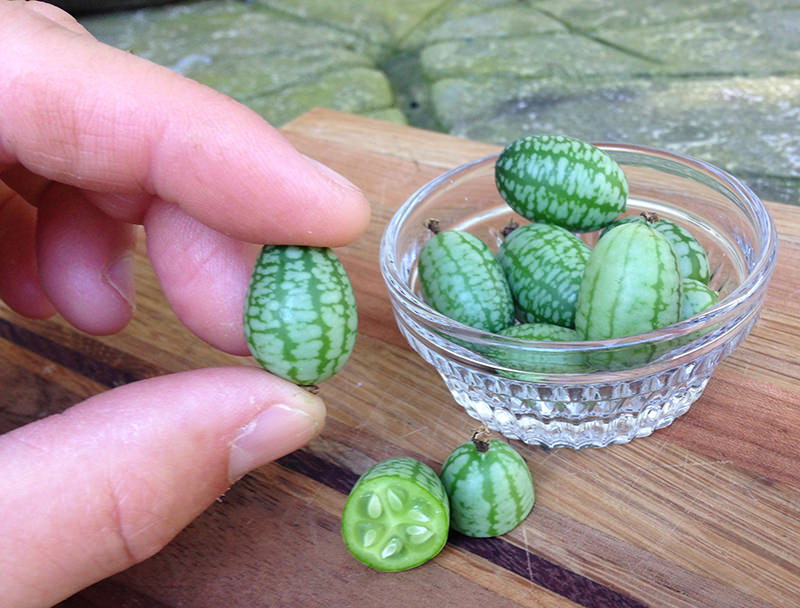 I always enjoy growing a few new-to-me-things in my vegetable garden every year. You never know when you’re going to hit the jackpot and find a new family favorite. It seems that 2015 is one of those years!

At the suggestion of a fellow garden writer, I decided to grow cucamelons for the first timeâ€”and how happy I am that I did! These little beauties may only be an inch long, but they pack a unique flavor that my family and friends have really enjoyed.

Cucamelons (Melothria scabra) are also called Mexican sour gherkins or mouse melons. Close relatives of cucumbers and other cucurbits, they’re native to Mexico and Central America and have been grown for centuries; for some reason, here in the U.S. we’ve only just “discovered” them. They are probably the cutest little things I’ve ever grown.

With a flavor much like a citrusy cucumber, my cucamelons were slow to grow, but once they took hold, they were off like a shot and haven’t stopped growing since. I sowed the tiny seeds into the garden in late May, at the base of an 8-foot-long section of box-wire fencing I installed on metal stakes hammered into the ground. The seeds germinated pretty quickly, but the young plants grew very slowly, and for a time, I thought the cucumber beetles might get the best of them. But a few weeks later, there was no stopping the vines. I now have an 8-foot-long, 4-foot-tall “fence” of cucamelons. The vines are lush and green, and each one grows dozens of tiny cucamelons. I’ve harvested 8 pounds of the tiny fruits so farâ€”and, trust me, it takes a lot of them to make a pound!

I’ve made pickles out of them; turned them into a cucamelon salad with carrots, onions and an Asian sesame dressing; and we’ve eaten them by the handful, right off the plants. Yum!

Here are some tips to remember if you ever decide to grow cucamelons of your own: