A coalition of city schools are voting with their dollars and serving only antibiotic-free chicken as part of their school lunch programs. 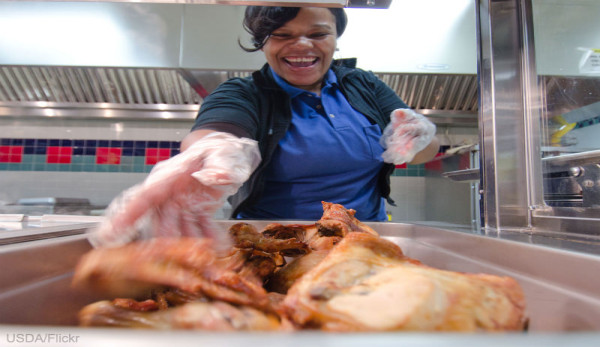 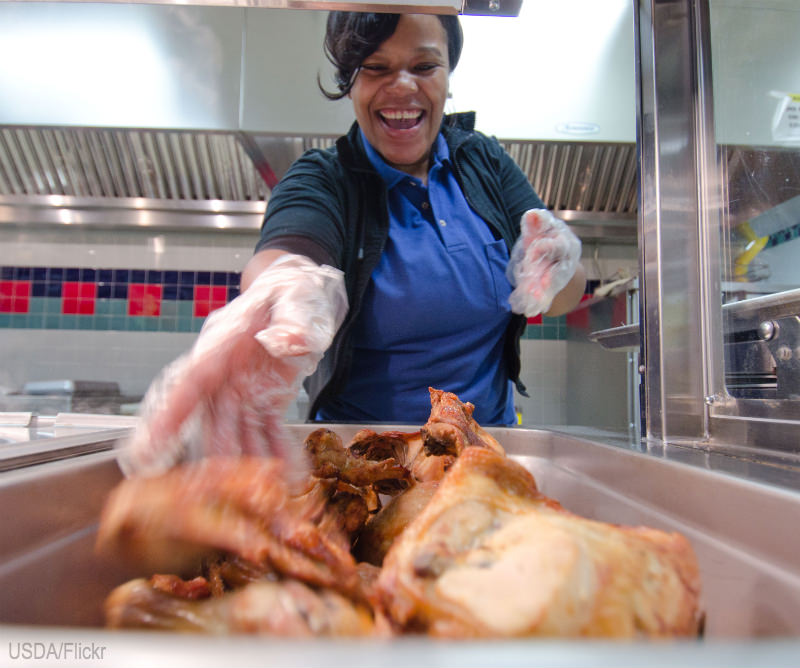 More than 469 million lunches are served each year in the six city school districts served by the Urban School Food Alliance, a coalition that shares best food-purchasing practices in order to improve the quality of school lunches and keep costs low. USFA members—including the school districts of New York City, Los Angeles, Chicago, Miami-Dade, Dallas and Orlando—purchase more than $550 million in food and supplies annually, so when it announced at the end of last year that it planned to cease serving chicken raised with antibiotics, meat producers had no choice but to take notice.

Just like it would be unreasonable to think California’s egg producers could have reconfigured the sizes of their cages and layouts of their barns to meet the new California egg law at the drop of a hat, chicken-meat producers also need time to adjust to the USFA no-antibiotics edict. While producers are working on figuring out what the heck to do with their chicken-feeding scheme, USFA will accept a written plan outlining their transition.

The National Chicken Council says “antibiotic-free” chicken meat is all that’s available on the market because antibiotics aren’t actually found in the meat. This is a good point but completely glosses over the idea that antibiotic overuse in animal agriculture is contributing to antibiotic resistance in human medicine, even if there’s no drug residue in the meat.

Producers also point out that poultry raised without subtherapeutic antibiotics is more expensive, as there’s a greater chance of bird illness and death and birds not given the feed additive grow slower.

It’s not just lunch ladies demanding change in animal antibiotic use. When you’re dining out, it’s easy to ask your favorite local-restaurant chef about where he sources meats. When making choices in restaurant chains, your choices can be trickier, but a few fast-food chains have also made headlines for forgoing antibiotics in their meats:

If you’d like your school district to consider changing the way it sources poultry for school meals, share with its leaders the School Food FOCUS-Pew Charitable Trusts website and the National Resources Defense Council case study about antibiotic use in poultry.