You might recall that last year I ran a little experiment in my tomato patch. I grew 12 different tomato plants and separated them into four groups of three plants. Each group received a different organic fertilizer (or none at all) throughout the growing season. 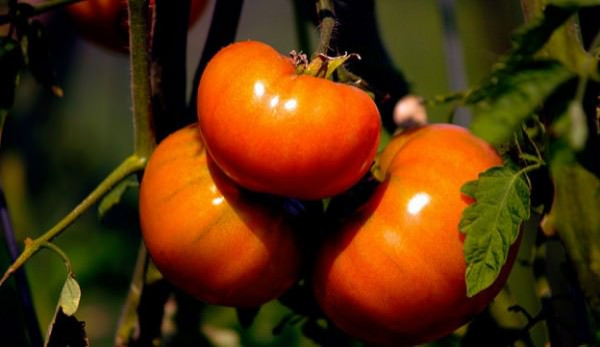 You might recall that last year I ran a little experiment in my tomato patch. I grew 12 different tomato plants and separated them into four groups of three plants. Each group received a different organic fertilizer (or none at all) throughout the growing season. I wanted to see if there were any noticeable differences in the growth and production of the plants that might be attributed to its fertilization program. Here are my results (unscientific as they may be):

Truthfully, there were only subtle differences in the growth rate and production of all the fertilized plants. For sure, the ones that received no fertilizer at all were smaller and showed signs ofÂ early blight a few weeks ahead of the rest of the plants. The unfertilized ones also produced less fruit, but that might not be entirely due to their lack of fertilizerâ€”it could also be because of theÂ tomato varieties I selected.

I would say that the plants that performed best were those fertilized with a cup of organic granular fertilizer at the start of the season, followed by another cup at the end of July. I use a product called ReVita Compost Plus with an N-P-K ratio of 3-3-3. I usually add this to my entire veggie garden each year, along with a few inches of compost, but don’t often fertilize each specific plant. This year, however, I’m going to follow this pattern with all my tomatoes, peppers and eggplants. The rest of the garden has already received a sprinkling of it.

Those plants fertilized with my homemade blend did pretty well, too, though they didn’t grow quite as bushy as those that received the commercial blend. Their production was great, though. Again, I added a cup at the start of the season and then another at the end of July.

The plants fertilized with theÂ liquid fish emulsion did fantastic in regards to both resisting blight and continuing to produce beautiful foliage throughout the season. Their fruit production was typical, but the foliage stayed attractive far longer than those plants fertilized with granular products. I used the fish emulsion once every two or three weeks and applied it to both the foliage and the root zone.

This year, I’m going to use the ReVita and the fish emulsion together on all of my plants and see if I can combine the positive attributes of both. My hope is that I’ll have excellent yields and beautiful, disease-resistant foliage. Here’s hoping!