Top 10 Climate-Ready Cities in the U.S. 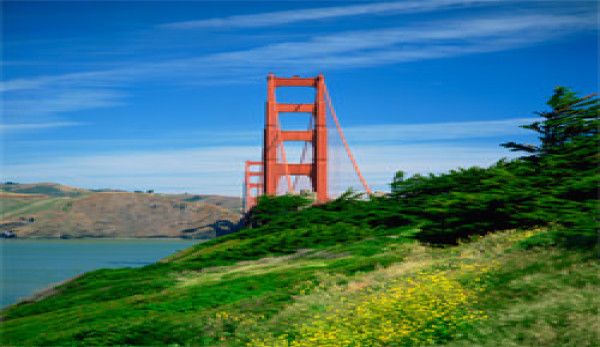 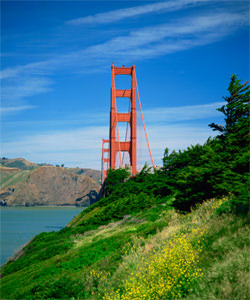 San Francisco leads the way among the top climate-ready cities in the United States.

Chicago Mayor Richard Daley has inspired this grand city to pull out of its once-Rust Belt manufacturing past and into one of the most livable big cities in the United States. Because of his good deeds, the city has been touted to become the greenest metropolitan city in the Midwest. Chicago has more than 300 miles of bikeways, 7 million square feet of green roofs and boasts more green hotels (13) than any city in the country.

San Jose is relatively unknown in the green world. Having once been the burgeoning backbone behind Silicon Valley, it fell behind when the dot-com bubble burst and people took their money elsewhere, which meant less attention on an environmental makeover. However, in 2007, San Jose city council approved a Green Vision, which had the goal of making San Jose the center of clean technology innovation. In 2010, the city invested in a number of clean tech funds. Not only is its per-capita energy use only 4.8 percent, but it also boasts 53.2 percent more trail miles than before the Green Vision was approved.

Philadelphia has taken efforts to transparently track its sustainability performance against forward-looking targets. This isnâ€™t something every city does. The Mayorâ€™s Office of Sustainability released its 2010 report, which stated city government energy consumption and greenhouse emissions were down as much as 30 percent of their goal and local food is now available within 10 minutes of 75 percent of the cityâ€™s residents.

NYC Mayor Michael Bloomberg boldly stated, â€śIf you canâ€™t track it, you canâ€™t measure it.â€ť And thatâ€™s exactly what the city is doing; publicly tracking its environmental progress seems to get the ball rolling. New York City has the envious No. 1-ranked public-transit-per-capita system, even though itâ€™s the most densely populated city in the United States.

San Diego has luck on its side in that itâ€™s right next to the ocean. The beautiful climate and abundance of sun is allowing the city to add 50 megawatts of renewable energy by 2013, much of which is solar. As far as public transportation, San Diego has a famous light-rail trolley system that makes 90,000 daily trips, putting it in the running for one of the best.

Alongside its breathtaking views of the Rockies and the honor of being the eighth healthiest state in the country by Forbes magazine, Denver is also a leader in the transition to a low-carbon economy. The cityâ€™s Fast Track light-rail program not only built up a green economy, but helped keep emissions low.

Although our national leaders based in this city have had a difficult time with making the entire country an overall green success, the capitol city is No. 5 due to D.C. residents being the second most active users of public rail transportation. On top of this, District leaders have vowed to reduce the cityâ€™s emissions by 30 percent by 2020 and 80 percent by 2050, passed a very buff green building code and is second in the country (behind Chicago) in green roofs.

This small city has an excellent public transportation system and a double-digit number of downtown LEED-certified buildings. Also, in this college town, Portlandâ€™s universities are actively committed to sustainability.

Seattle Mayor Greg Nickels created the U.S. Mayors for Climate Protection Agreement, which vows to reduce carbon emissions in their cities below 1990 levels, in line with the Kyoto Protocol. The city also has six universities committed to the Association for the Advancement of Sustainability in Higher Education and houses Bainbridge Graduate Institute, which has one of the first MBA programs in the world dedicated to sustainability education. Seattle is also among leading cities with the most LEED-certified buildings in the United States. As for carbon reduction, the city is home to the countryâ€™s first carbon-neutral major utility.

San Francisco remains the leader as the top most environmentally advanced city in the United States. The city is part of four major climate agreements: U.S. Mayors for Climate Protection, Clinton 40, Carbon War Room and ICLEI. Like a few other cities, its universities (11) are members of AASHE, and the city also has one of the first and top MBA (Presidio Graduate School) programs dedicated to sustainability education. San Francisco is the winner in the race for the most LEED-certified buildings per capita in the United States and the largest impact investment conference in the world resides there (SOCAP).