If you think growing tomatoes and managing your herd is tough, take a look at these hurdles faced by farmers across the U.S. 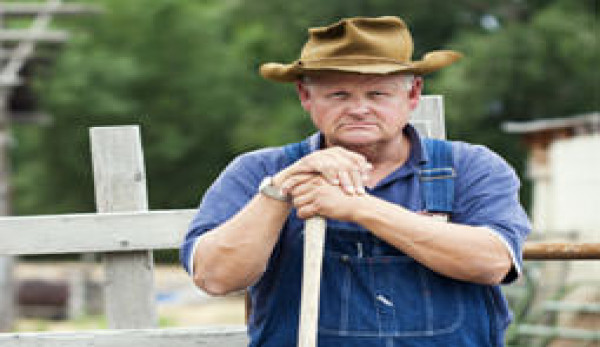 As a hobby farmer, your worries arenâ€™t limited to aphids, goat bloat and the price of fuel. Whether you have a home on the range or a few acres in the suburbs, youâ€™re likely also concerned about issues that threaten your rural lifestyle.

March 11 marks the start of National Agriculture Week. Here are the top five rural-development concerns for hobby farmers and whatâ€™s being done to address them.

According to the USDA, more than 3.6 million people live in rural food deserts, or areas where access to fresh, healthy, affordable foods is more than 10 miles away. In its Food Desert Map, the USDAâ€™s Economic Research Service shows that 26 percent of U.S. food desert tracts are rural.

The USDA Agricultural Marketing Service launched theÂ Know Your Farmer, Know Your Food program in 2009 to fund projects and interventions that improve access to fresh, healthy foods in food deserts. The Center for Rural Affairs is also increasing awareness about food deserts and implementing strategies to save small-town grocery stores.

2. Fracking
The impact of hydraulic fracturing (aka fracking), a process of injecting water and chemicals into deep wells to extract natural gas, weighs heavily on farmersâ€™ minds.

Fracking has been blamed for contaminating groundwater and causing reproductive and neurological problems in livestock. Researchers from Cornell University released a report, â€śImpacts of Gas Drilling on Human and Animal Health,â€ť in January 2012 linking fracking with sudden death in cattle.

3. Farmland Preservation
American Farmland Trust, a nonprofit aimed at protecting farm and ranch land, reports that 1 acre of agricultural land is lost to development every minute.

To protect disappearing farmland, American Farmland Trust promotes environmentally sound farming practices and educates the public about the importance of supporting local farmers. The organization also lobbies for policy changes to protect farmland, including the Federal Farmland Protection Policy Act, which was introduced as part of the Farm Bill in 1981 as the first federal law to address the loss of agricultural land to nonfarm development.

The Federal Farmland Protection Policy Act minimizes the extent to which federal projects, like airports, dams and highways, contribute to the loss of farmland, but doesnâ€™t address the impact of private developers.

4. Funding for New Farmers
With the USDAâ€™s estimate that 500,000 farmers are expected to retire in the next 20 years, the future of U.S. agriculture is threatened.Â New farmers are eager to take the reins but face significant stumbling blocks to starting a farm.

A whopping 78 percent of young farmers cited lack of capital as the biggest challenge facing beginning farmers, according to â€śBuilding a Future With Farmers: Challenges Faced by Young, American Farmers and a National Strategy to Help Them Succeed,â€ť a report issued by the National Young Farmersâ€™ Coalition.

The majority of farmers under age 30 who were surveyed rented farmland because farm ownership was out of reach.

The USDAâ€™s Farm Service Agency offers loans to beginning farmers, but according to NYFC, it can take up to a year to receive funds and loan limits of $300,000 are often too low to purchase farmland in many markets.

The National Sustainable Agriculture Coalition is promoting the Beginning Farmer and Rancher Opportunity Actâ€”included in the 2012 Farm Billâ€”to improve access to land, credit and crop insurance for new farmers and provide the training and mentoring they need to be successful.

5. Price of Farmland
In 2011, farm equipment manufacturerÂ Case IH surveyed farmersÂ about the leading issues impacting their operations and found that almost 25 percent of respondents cited the availability and price of land for expansion as a top concern.

Prices for land in Oâ€™Brien County, Iowa, reached $7,148 per acre, up 16.2 percent from 2009, according to an annual survey conducted by Iowa State University Extension. In fact, the average value of an acre of farmland in Iowa increased 15.9 percent in 2010, following a trend of higher prices across the Midwest.

A March 2011 article in the New York Times attributed record real-estate prices for farmland to higher prices for crops, like corn and wheat, pushing up land values and low interest rates drawing investors.