Mom and Dad have had trouble buying good hay this year. They finally got some big bales from a man they bought hay from last year. The problem is that some of the hay is fescue, and my pregnant girlfriend, Katy, shouldn’t eat it. 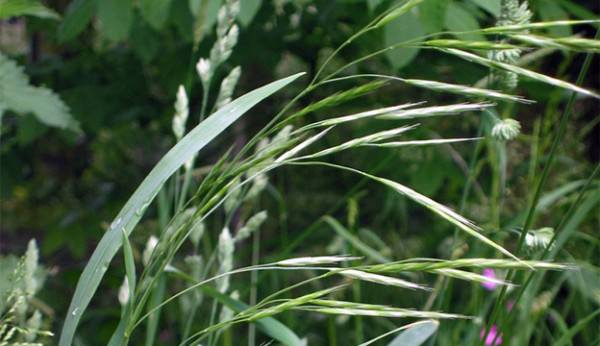 Mom and Dad have had trouble buying good hay this year. They finally got some big bales from a man they bought hay from last year. The problem is that some of the hay is fescue, and my pregnant girlfriend, Katy, shouldn’t eat it.

Mom says fescue is the Dr. Jekyll and Mr. Hyde of forage crops. Tall fescue (Festuca arundinacea) is one of America’s most widely used forages—it is hardy, productive and insect resistant, tolerates poor soil and climatic conditions very well, and has a long growing season. Plus, it’s been around a long time! Tall fescue came to the United States from Europe in the late 1800s. It flourished as a wild plant and was officially discovered in Kentucky in 1931, then released in 1943 as Kentucky 31 Fescue. It was a big hit with farmers and spread quickly throughout the Midwest and South.

But there’s a huge downside to fescue, too. Much of the tall fescue grown in North America is infected with a fungal endophyte that produces ergot-like alkaloids that are toxic to animals. The seed head is the most toxic part of the plant. Toxicity is especially crushing when pregnant livestock graze tall fescue during the last trimester of their pregnancies.

Each grazing species reacts slightly differently to fescue toxosis. Multiple studies show that consumption of endophyte-infected tall fescue decreases the feed intake of cattle and lowers their weight gains. They also produce less milk and have higher internal body temperatures and respiration rates. Many have a rough hair coat, salivate excessively and experience multiple reproductive problems. Tall fescue fertilized with high levels of nitrogen can also lead to bovine fat necrosis, a condition that causes digestive problems and can interfere with calving as hard masses appear in the fatty tissues surrounding the intestines.

Mares and jennies grazing endophyte-infected tall fescue experience reproductive problems, such as late-term abortions and stillborn foals, prolonged gestation, foaling difficulties due to poorly positioned foals, thickened or retained placentas, laminitis (founder), poor conception rates and agalactia (the diminished ability to produce milk). Foals born alive are frequently larger than normal and have poor suckling reflexes, lack of coordination and lowered body temperatures. Foals may also have poor immunity due to their mothers’ lack of colostrum production. Because equines are especially sensitive to the toxins in endophyte-infected tall fescue, even the lowest levels of endophyte can produce equine fescue toxicosis.

Ewes, does, and female llamas and alpacas with fescue toxosis pass lambing and kidding due dates by up to 10 days. When they do go into labor, their cervixes might not dilate, contractions are often weak and offspring might be too large to be delivered without help. Unusually thick umbilical cords are hard to break, and placentas can be so thick that the young can’t get out unless someone tears them open.

Cattle, goats and sheep are also prone to fescue foot, a type of dry gangrene that causes parts of the hooves and tail to rot and fall off.

Sound scary? It is! Yet fescue is so well established in the United States, especially the Midwest and parts of the South, that unless it’s purposely killed out, most grasslands and hayfields contain at least some fescue. Eradicating ultra-hardy fescue isn’t easy, nor is replacing it with new, improved endophyte-free fescues. The endophyte actually contributes to fescue’s hardiness, so endophyte-free varies often fail to thrive.

If you live where fescue grows, assume it’s in your pastures and probably in the grass hay you buy. So what do you do if you have pregnant livestock? The best thing is remove late-term pregnant females to a dry lot and feed hay known to be fescue-free—that’s what we’re doing with Katy. Some hay dealers and feed stores sell guaranteed fescue-free grass hay for just this reason. Feeding baled or bagged alfalfa works, too.