Transitioning From Christmas To The New Year 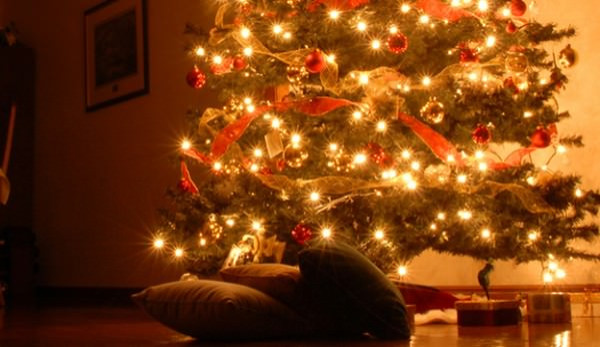 We’ve had our Christmas tree up since about a week after Thanksgiving. With Christmas over, I begin to think about how much longer I’m going to tolerate its daily needle drops and send it out the back door.

Every year at this time, I’m reminded of family tradition. The first year my husband and I were married, he was taken by surprise when I insisted that we take the tree down on New Year’s Eve day. In his house, the tree had lingered long after the dropping of the ball in Times Square. Growing up, it was imprinted on my memory that there was an important barrier between the old and new year that must not be crossed while your tree still stood in the living room. In my early adult years I secretly began to think that this rule was created by my dad, who simply wanted a really good reason to get the tree out of his house. It was only later when I began to follow the tradition in my own home that I realized how much deeper this superstition goes.

For many, leaving a Christmas tree up past December 31 brings bad luck. That is how I understood it, but there is a little more to it. It’s really more about preventing the bringing of old baggage into the fresh, clean slated-ness of the new year. My husband quickly learned that this was important to me to keep with the traditions of my grandparents and parents. We take the tree down on Dec. 31, and we eat pork and sauerkraut on New Year’s Day.

This year, as I researched plants that had particular meaning around the holidays, I stumbled upon an entirely new (to me) view of the Christmas tree. In the Turkish and Roman traditions, celebrators erect a New Year’s tree rather than a Christmas tree. Many within this tradition have the tree up around Christmas, but it persists into the New Year on purpose.

The history here is one of a people resisting an oppressive government, at least in Russia. The Christmas tree was determined to be a privilege of the upper class, and in order to make everything equal, it was outlawed. The tree simply moved into New Year’s celebrations as a result and remained there until the break-up of the Soviet Union. At that time, many homes began to bring back the Christmas tree.

Here in the United States, there are households that use the pine tree as a symbol crossing from the celebrations at Christmas into the excitement of the New Year. In some houses, the decorations change somewhere in between the holidays.

As I write this post, I see that perhaps we have been taking part in a similar tradition without realizing it. Every year, the tree goes out the backdoor on Dec. 31. While I am a creature of tradition, I am also strongly informed by frugality. The past few years, the tree has made it just to the other side of the french doors. There it sat on the deck in its stand. I felt like the tree had given up its life to be a decoration and should be used for as long as possible, so the decorations on the tree change from lights and sparkly ornaments inside to strands of popcorn, bird seed and peanut butter balls outside.

Before the tree heads out the door in your house, remember that its needles can be used in yet another way. Your tree, if it was not spray painted to look green, has been quietly drying its medicine in the corner all through the Christmas season. Pick of a few branches and place the needles in a jar for use throughout the year.

When do you remove your Christmas tree? Do you have any family traditions associated with the timing?