Try Rare, Heirloom & Hybrid Kale Varieties For Something Different In The Garden

Whether you want to grab extra attention at market or simply perk up what's on your plate, these uncommon kale varieties are well worth a look. 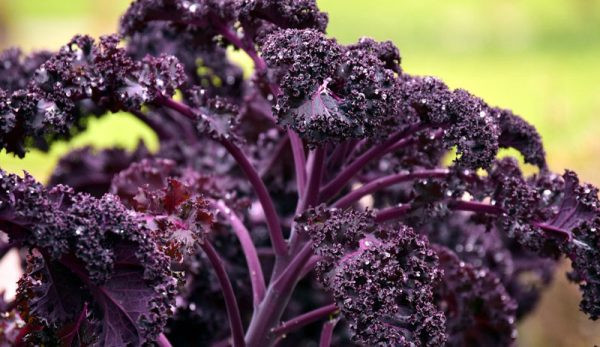 It tolerates frosts and blistering heat equally well. And, if I’m a little slow with my watering, it doesn’t immediately wither either. As such, kale must surely be one of the most forgiving crops I’ve ever grown.

Turns out, it’s also one of the most varied.

Now, maybe you save your own seed like I do. Or maybe you only purchase from the same couple of seed suppliers year after year. Whatever your practice, it’s easy to get into a rut. For years I’ve stuck with tried-and-true kale varieties like Ragged Jack and Blue Curled Scotch.

But after investigating these lesser-known types I’m ready to branch out. And maybe you will be, too.

From tender-and-tasty to impossibly frilly, there are countless kinds of cabbages. And kale, a close cabbage relative, follows suit.

Known as Brassica oleracea acephala, kale is cabbage-like‚Äîexcept it has individual stems and separated leaves rather than compact heads. (In fact, ‚Äúacephala‚Äù means without a head.)

Check out really old seed catalogs or gardening books and you’re likely to see kale referred to as ‚Äúborecole.‚Äù The word comes from the Dutch ‚Äúboerenkool.‚Äù (‚ÄúBoeren‚Äù means farmers and ‚Äúkool‚Äù is cabbage.)

But don’t be fooled by that last category. Many of the oldest kale varieties originally grown to feed cattle and sheep are perfectly tasty‚Äîand prolific.

Read more: Champion brassicas in the garden‚Äîbring back Brussels sprouts!

Sometimes called tree cabbage, Jersey cabbage or Jersey kale, ‚ÄúWalking Stick kale‚Äù is one of the most interesting ‚Äúanimal fodder‚Äù types. It can reach anywhere from 5 to 10 feet tall and bears leaves up to 2 feet long.

According to the folks at Baker Creek Heirloom Seeds, ‚Äú[Walking Stick kale was] grown in Europe for centuries, mostly on the island of Jersey, the largest of the Channel Islands, where its long sturdy stalks were varnished and turned into canes.‚Äù

If you opt to grow Walking Stick kale (see image above), frequently harvesting the lowermost leaves should help to encourage more robust upright growth. Also, allowing stalks to grow through multiple seasons can result in thicker canes. Once Walking Stick kale stalks are harvested, dried and cured, you can use them as plant stakes, trellises and more.

‚ÄúThousandhead kale‚Äù is another old, animal fodder variety worth a try. Shorter than Walking Stick, Thousandhead can grow 5 to 6 feet tall. It can produce leaves up to three feet long, and, despite their size, they’re said to remain tender.

What’s more, because the leaves are mostly flat, there are fewer spots for garden pests like cabbage worms to hide.

Decorative varieties are grown more for their looks than taste. Still, types like ‚ÄúCasper kale‚Äù can satisfy in the landscape and in the kitchen. Casper has white interior veins surrounded by bright green leaf margins. The plant grows to about 2 1/2 feet high and puts on leaves that are tender and sweet.

Lacinato or ‚ÄúDinosaur kale‚Äù is one culinary variety which happens to be incredibly showy. Its deeply textured, blue-green spears stretch up to 2 feet tall and spread out about 2 1/2 feet.

Hailing from Italy, it has long been a staple in kitchens there‚Äîparticularly in Tuscany.

While not quite as white as Casper, ‚ÄúWhite Russian kale‚Äù does have striking white stems which contrast prettily against its bluish leaves. As with many varieties, White Russian gets sweeter with cold weather and is cold- and frost-tolerant.

Looking for a really compact kale? ‚ÄúPrizm kale‚Äù is an F1 hybrid and former All-America Selections winner that thrives in containers and small spaces. Its compact leaves produce only very short stems.

The plant itself grows under 2 feet tall with a roughly 1-foot spread.

If you love deep red kales, ‚ÄúRedbor kale‚Äù is one other F1 hybrid to consider. Said to be the ‚Äúred sister variety of the market standard curly green kale,‚Äù Redbor produces frilly, near-purple leaves. It also becomes sweeter in cold temperatures and can withstand varied growing conditions.