If you've got a few eggs to spare, try out these fun egg experiments—including one that's sure to surprise your family and friends! 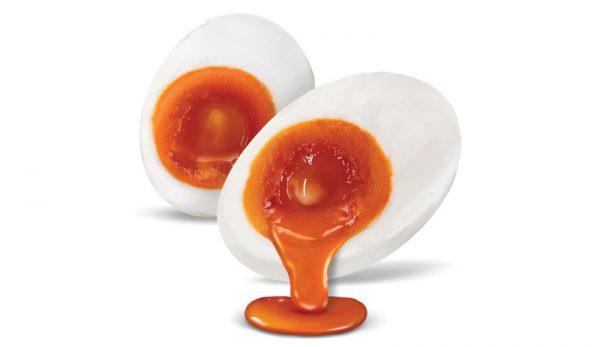 The following egg experiments aren’t cheep tricks! They provide an excellent opportunity to spark curiosity about the natural world in children (and curious grownups) while also explaining some of the principles of physics and chemistry.

There are many different STEM (Science, Technology, Engineering and Math) projects that can be done using eggs. Here we present a few more of our favorites that use materials you likely already have around the house.

So grab an egg carton, and let’s see if these science experiments are all they’re cracked up to be!

For this experiment, you’ll need the following:

Use some water or vegetable oil to make the mouth and neck of the bottle a bit more slippery. Then, have an adult use the match to light the strip of paper and drop it into the glass bottle.

Quickly place one end of the egg on the mouth of the bottle and wait. The fire will go out soon, and the egg should drop into the bottle!

How does this work? The fire causes the air in the bottle to heat up and expand, but some of this air escapes from the bottle, past the egg. When the fire goes out, the air left in the bottle cools off and contracts.

This creates an area of low air pressure inside the bottle. Air from outside tries to enter and pushes the egg into the bottle.

When enough salt is added to the water, the saltwater solution’s density becomes higher than the egg’s. This will cause the egg to float.

Read more: Get the egg colors you want with these breeds!

Next, let’s examine the science behind two popular uses of eggs in cooking and baking. First, how do eggs change when they’re cooked?

Eggs contain large amounts of proteins, especially in the egg whites, which are about 90 percent water and 10 percent protein. These proteins are folded-up molecules made of chains of smaller building blocks, called amino acids. Amino acids are kept folded by weak bonds between different parts of the protein.

When an egg is fried, the heat breaks the weak bonds. The protein chains unfold in a process known as denaturing.

These unwound proteins now can form new bonds with each other and create a web of connected proteins that prevents water molecules from flowing freely. This results in egg whites becoming solid.

Unlike the white, the yolk is about 50 percent water, 30 percent fat and 20 percent protein. The fat in the yolk slows the breaking of protein bonds and formation of new webs of proteins. As a result, the yolk cooks slower than the egg white.

Next up in our egg experiments, let’s examine a way to separate the yolk and egg whites. Then we’ll learn how to whip egg whites to create fluffy foam.

Air attempts to rush in, drawing the yolk up in the process.

Now, we can take the separated egg white and whip it into fluffy foam. Whipping the egg whites unfolds the protein chains, just like heat. It introduces air bubbles into the mix as well.

The unfolded proteins form new bonds with each other, creating a web that holds air bubbles inside the foam. This new arrangement of proteins causes the egg white foam to become more solid. The air bubbles trapped inside are what cause treats that contain whipped egg whites to be light and fluffy.

If you really want to make this experiment yummy instead of plain old fluffy foam, you can make a meringue! Additional ingredients include sugar and cream of tartar. Sugar makes it taste good (of course) while the cream of tartar (an acid) stabilizes the egg whites and keeps the proteins in them from sticking together.

This is what gets you that nice, fluffy, airy mouth feel.

This is one of our more impressive egg experiments. You don’t need to wait until April Fools’ Day for a good practical joke. You have to keep your family and friends on their toes throughout the year! A great way to do this is to make your chicken eggs have red-colored yolks.

The same principle that makes egg yolks yellow can also make egg yolks red. Big picture: Yolk color in laying hens is primarily determined by the content and profile of pigmented carotenoids (yellow, orange or red pigments that dissolve in fats present in plants) in their feed.

Yolk color doesn’t correlate with any specific nutritional benefits. But in many parts of the world, including the United States, consumers usually prefer to eat eggs that have darker colored yolks.

But dark yellow isn’t the only color they can be!

To give your hens red-orange-colored yolked eggs, feed them red chili peppers at a concentration between 1⁄2 to 2 percent for about two weeks.

Note: Birds don’t sense “hot” or “spicy.” This is why you can add cayenne pepper to your birdseed to discourage squirrels from eating the seeds. Now, if there was only a way to make the yolk purple with pink polka dots!

Thank you for checking out this issue’s batch of egg experiments and science. We hope you were thoroughly hen-tertained! Check out our original batch on experiments here.

Sidebar: Did You Know?

This article was written by Alec Michael a Ph.D. student in epidemiology at UC Davis and Maurice Pitesky, D.V.M. and faculty at the UC Davis School of Veterinary Medicine. It originally appeared in the September/October 2021 issue of Chickens magazine.

Maurice Pitesky is a faculty member at University of California School of Veterinary Medicine-Cooperative Extension with an appointment in poultry health and food safety epidemiology. Dr. Pitesky earned his B.S. in biology from UCLA, and his DVM and MPVM from UC Davis. Pitesky is also boarded in Preventative Veterinary Medicine (DACVPM). Pitesky’s research interests are focused in mapping of avian diseases, food safety epidemiology and in gaining a better understanding of small scale poultry production with respect to environmental sustainability, poultry health and food safety.