Choose the Right Turkey Breed for Your Farm

Do you want a few for holiday roasting or a flock to breed? Here are some turkey facts and eight breeds worth considering. 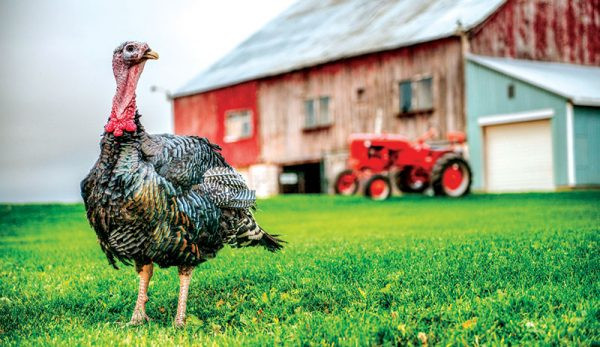 Hatcheries offer many turkey varieties. Once you’ve decided you want to raise turkeys, choosing the right breed starts with decidingô between broad-breasted and heritage turkeys. If you want to raise a few large turkeys to roast for the winter holidays, you might consider a fast-growing broad-breasted type. However, if you wish to raise turkeys in the future from your own flock, the heritage breeds will naturally produce fertile eggs. In contrast, broad-breasted turkeys require artificial insemination, because their enormous weight and outsize chests make them too awkward to mate naturally.

Raising a heritage breed for meat might seem like a contradiction, but doing so helps support the efforts of those who maintain the genetic lines of minor and endangered breeds. And face it: The primary purpose of any turkey is to produce meat. Although turkey eggs taste wonderful, the hens lay only seasonally, making egg production uneconomical as a main reason for keeping turkeys. Other reasons for raising turkeys are to help preserve the genetics of the rarer breeds or simply to enjoy these beautiful birds strutting around your farm.

Almost any hatchery that sells chicks also sells poults (baby turkeys). Place your order early in the year, especially if you want one of the less common breeds, to ensure the hatchery doesnãt sell out. Ordering well in advance also gives you plenty of time to set up your brooding facility.

For the turkey-raising novice, the following eight breeds are worth considering.

Turkeys are only slightly more difficult to raise than chickens. For starters, they are a little less calm, and they chill more easily. When young turkeys are cold or frightened, they tend to pile on top of each other, smothering those unfortunate enough to find themselves at the bottom.

They are also more curious; while investigating something of interest, a turkey might wedge its body into a tight spot from which it canãt back out. Because turkeys take longer than chickens to reach maturity, they have more time to become injured, get sick or die.

Once turkeys are fully grown, the trickiest management issue is persuading hens to lay their eggs in a safe placeãan especially challenging feat with breeds that can fly out of the poultry yard. With slightly more attention to detail, though, raising turkeys isnãt much different from keeping chickens.

Gail Damerow lives on a farm in Tennessee where she and her husband keep poultry and dairy goats, tend a sizable garden, and maintain a small orchard. Gail has authored more than a dozen books, including Storeyãs Guide to Raising Chickens and The Backyard Homestead Guide to Raising Farm Animals. She blogs at gaildamerow.com.