I had planned to call this blog "The Trouble with Turkeys, Part 2," but I changed my mind for two reasons. 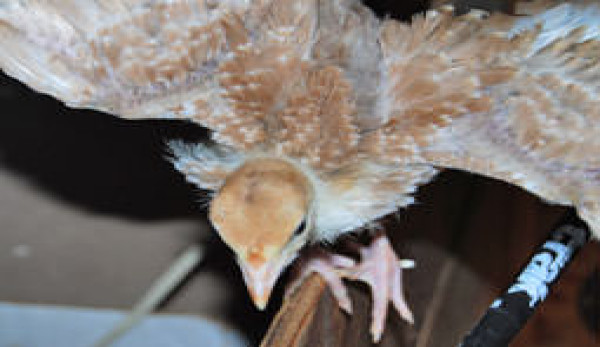 I had planned to call this blog “The Trouble with Turkeys, Part 2,” but I changed my mind for two reasons:¬Ý

1. Turkeys can run, jump, and fly really well.¬Ý I‚Äôm not referring to those enormous, sluggish commercial turkeys, but to the svelter, athletic heritage varieties, like our Bourbon Reds.¬Ý

Before long, I had to cover the brooder with screen because the poults began flying up to perch on the rim, on my head, etc.¬Ý Now, outside in their pen, they constantly trot about searching for food, and they love to jump up on things and perch.¬Ý¬Ý¬Ý

2. Turkeys grow fast.¬Ý My wonderful parents, who farm sat while we discovered Italy, were not thrilled about this, and I can‚Äôt blame them.¬Ý

Since the little poults were too young to move outside before we left, my folks (and niece) continued caring for the babies in the mudroom brooder box, transferring them into an outdoor cage on nice days.¬Ý

Shortly before our return, Dad told me the poults had turned into Velociraptors (remember Jurassic Park?).¬Ý When we got back, we found out he wasn‚Äôt joking.¬Ý

For us, though, this was a good thing:¬Ý the poults didn‚Äôt look so adorable anymore, which made the prospect of eating them more palatable (especially since they acted like they wanted to eat us!).¬Ý Plus, they‚Äôd grown big enough to move outside ‚Äì permanently.

3. Turkeys are not wimpy or stupid.¬Ý Now that they‚Äôre older, our flock has been the picture of robust good health as they forage about inside their pasture pen.¬Ý

When a stretch of hot weather hit, I worried the turkeys might succumb to heat exhaustion, but they waded in their water pans to cool off and gathered around to let me mist them with cold water ‚Äì unlike the chickens!¬Ý Like their wary wild turkey ancestor, heritage turkeys have more brains than most people think.

I‚Äôll let you know how my turkeys do as they get bigger‚Ä¶and bigger.