Boar Tusks: Should You Trim Them or Not?

Boars grow some big tusks, and while many farmers choose to trim them, some don't. Performing the task correctly can keep you safe and your hog healthy. 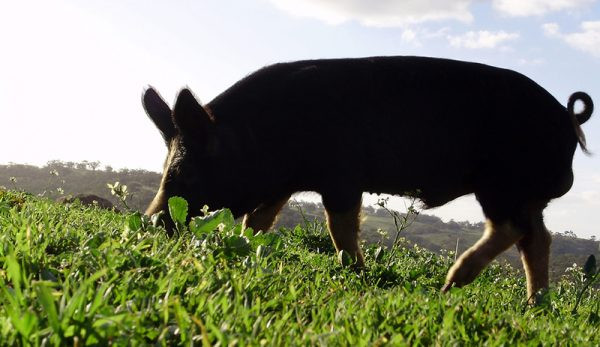 When piglets are born, they have thin, needle-like teethÂ that farmers often clip to minimize potential damage to the litter. (Left alone, these teeth grind down eventually.) Afterward, hog farmers donâ€™t typically need to mind whatâ€™s in the mouths of their swine other than to keep their extremities a good distance from the interior of a finishing hogâ€™s maw.

One exception resides with intact male pigs, or boars, who sometimes need oral intervention. Have you ever seen a wild boar with large, intimidating tusks protruding from their mouths? Given time, the wild boarâ€™s domestic cousin also sprouts some pretty conspicuous canine teethâ€”actually, even female and neutered pigs grow some oversized teeth, but the boarâ€™s testosterone-fueled growth results in a larger, potentially more dangerous, set.

Tusks are found on several mammals, including narwhals, hippopotamuses and, of course, elephants. These elongated ivories serve primarily as weapons of defense, but they can also help with competition for food and mates as well as other creature-specific purposes. The wild hog uses its four tusks for defense. The bottom two are called â€ścuttersâ€ť for a boarâ€™s tendency to use them to slash and stab, while the upper two usually grow to about four inches in length.

Our boar, like many farm pigs, is a sweetheart of an animal, and we move around him without fear of attack. So, do we still need to trim his tusks? The answer is, well, complicated. Though heâ€™s never shown any sign of aggression, heâ€™s also a 700-pound animal that can grow swords from his mouth. Heâ€™s curious and loves to frolic, and even a loving swipe from a tusked hogâ€™s head can open up a potentially fatal wound in a keeperâ€™s body.

Eliminating this threat is a matter of trimming the boar’s tusks. How does one go about this? To be honest, we donâ€™t, and a National Hog Farmer report supports our decision based on findings that tusks contain nerve fibers that, when exposed, present opportunity for infection and a likelihood of causing pigs pain. Weâ€™re very careful around our big George, but sometimes when weâ€™re in the field with him, we do wish weâ€™d decided to go the other route. If you make the completely understandable decision to maintain your boarâ€™s mouth, the methods are pretty standard. Â

The recommended method of trimming tusks involves using orthopedic wire or a Gigli wire saw to saw the teeth off. There is an art to this. The person performing the act needs to cut at the proper angle and monitor the rate to ensure the wire doesnâ€™t get hot and burn the pigâ€™s mouth. Itâ€™s best to observe this a few times before trying it yourself. Many farmers, though, just grab a pair of hoof clippers of bolt cutters to do the job. Like I said, itâ€™s not the recommended method, but it is common.

Veterinarians prefer to sedate pigs before trimming tusks, but many farmers eschew sedation or painkillers. Do what you believe is best, but remember that there are nerves in these teeth and donâ€™t cut too close to the gum line. This flies in the face of whatâ€™s commonly doneâ€”cut off as much as possibleâ€”but it’s really best to leave at least an inch of ivory to minimize the chance of exposing the nervous tissue in the pulp chamber.

So, should you trim tusks or not? As is often the case with farming, thereâ€™s no true â€śright way,â€ť and you should make decisions about your animalâ€™s mouths based on what feels best to you. Â Â