When the overnight temperatures began plunging into the 40s this past week, I decided to eliminate the temporary housing the pullets have been living in. Just after dusk, when everyone was having trouble seeing, I scooped up the young girls and popped them into the coop with hens. Forcing territory into a community space was […] 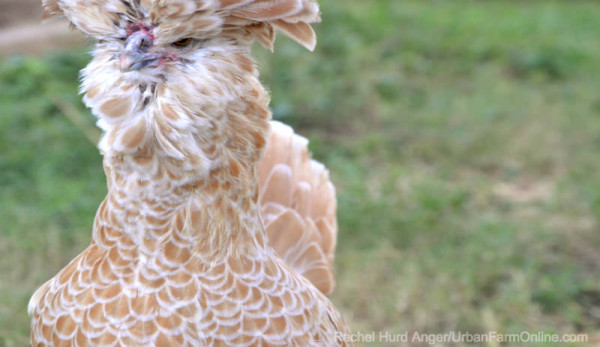 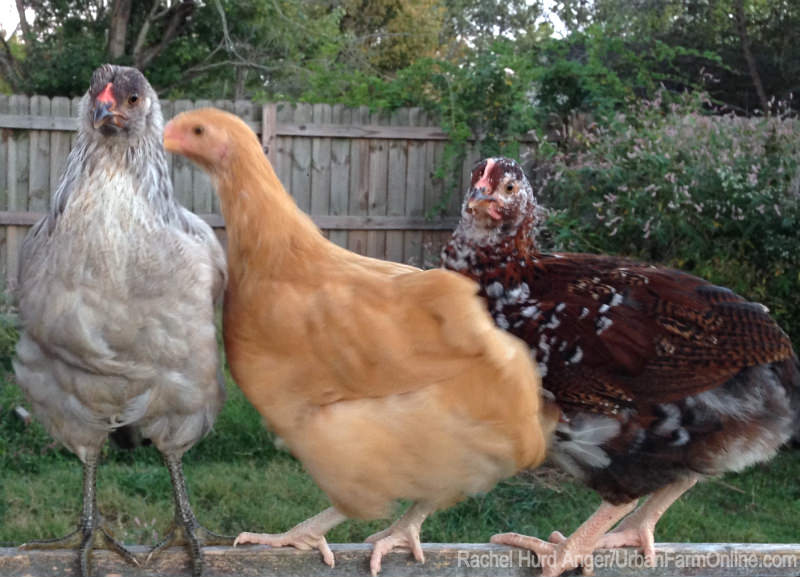 When the overnight temperatures began plunging into the 40s this past week, I decided to eliminate the temporary housing the pullets have been living in. Just after dusk, when everyone was having trouble seeing, I scooped up the young girls and popped them into the coop with hens. Forcing territory into a community space was a bigger adjustment for everyone than I expected. I just wanted to keep everyone warm! Eight whole chickens, 105 degrees F, covered overnightâ€”roasty

For an hour, my backyard sounded like I was throwing live chickens to a bubbling cauldron. Embarrassed by the clucking and squawking, I worried about what the neighbors would think.

The next morning when the flock made its way down the ladder toward breakfast, each generation was desperate to get away from the other. The pullets stayed to one end near the waterer, and the hens stayed to the other, claiming ownership of the feed.

When I let them out to free range, the chickens scattered in all directions. The young girls met up and took shelter in their old digs, resting as if they hadnâ€™t slept all night. The old girls wandered alone like weary new parents and spent their getting into more trouble than usual.

Before moving in, the pullets had explored the henâ€™s coop several times, bolting into the run like they belonged there. Yet they never ventured up the ladder to the nest boxes or the roost. When I moved them in, I popped them into unknown territory cold turkey.

The pullets resisted going into the chicken coop again on the second night. After dusk came, I put them inside one by one. That second morning, the chickens were working together in rotation inside the run. The pullets gathered by the waterer again, and the hens by the feed. Then, they slowly walked past each other, switching sides again and again.

On night three, each chicken knew where she belonged. The old girls went up to bed before dusk and settled into their usual snuggle pattern. The young girls pushed bedtime back as far as they could, but eventually they went into the coop on their own, climbed the ladder, and put themselves to bed. The next morning, everyone was relaxed and friendly down in the run, except for the Polish hen. 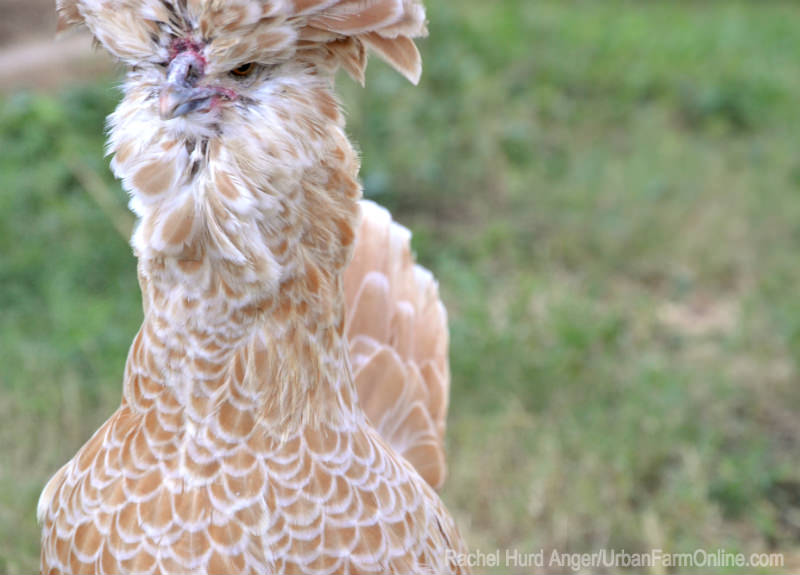 My Polish hen, Sookie, serves as the rooster of the flock, warning of trouble despite her limited eyesight and micromanaging the business of the others. Even though she plays rooster, sheâ€™s not the head of the flock, so when she oversteps her role, the other hens put her in her place. However, the pullets donâ€™t know any better. Not yet.

Sookie flew to the top of the coop Wednesday night to tell everyone it was bedtime. The other three hens obeyed while Sookie paced the length of the roof until the pullets entered, too. Sookie flew down and chased them out. The pullets walked the perimeter of the coop as Sookie stalked them, but the young chickens ducked into the run before Sookie could catch them. Once everyone was upstairs, Sookie joined.

The Polish is playing tough girl to the pullets, putting up a front because she perceives that her place in the pecking order is threatened. Sookieâ€™s place isnâ€™t really lower than the other hens, but rather sort of lateral. Usually, the Polish is a docile and friendly bird. Mine exhibits the flightiness thatâ€™s common with her breed, but sheâ€™s a quite a narcissist for a chicken.

If youâ€™ve integrated a new flock in with an old flock, did you notice similar behaviors? How long did it take your flocks to adapt to the changes? Did any of your chickensâ€™ places in the pecking order change? Iâ€™d love to read about your experiences in the comments.