The U.N. Convention on Biodiversity outlines 20 targets to reduce biodiversity loss worldwide, including on small farms. 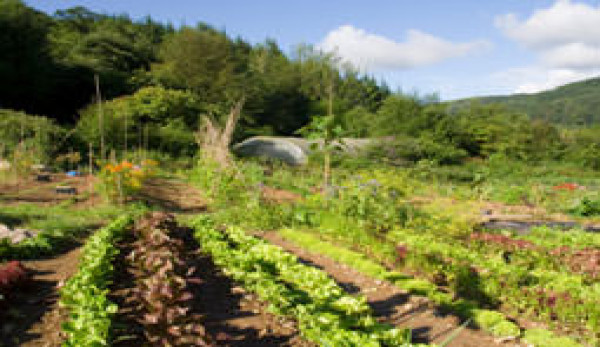 BiodiversityÂ rests in the minds of small-scale farmers as they face everyday challenges to produce healthy food in a sustainable way. And yet the Earthâ€™s biodiversityâ€”which is the key to its ability to renew soil fertility, purify water, recycle nutrients and pollinate plantsâ€”is diminishing at an alarming rate.

Current trends indicate that 34,000 plant and 5,200 animal species face extinction. Many crop varieties are disappearing because of commercial agricultureâ€™s preference for monoculture crops and up to 30 percent farm animal breeds are currently at high risk. According to the Global Biodiversity Outlook report issued in May 2010, farm and other species worldwide are disappearing at up to 1,000 times their expected natural rate.

Responding to the alarm, the United Nations Convention on Biodiversity met for two weeks at the end of October in Nagoya, Japan, to develop a plan for stopping biodiversity loss.

Representatives from countries around the world put their heads together to develop a 10-year strategic plan to guide governments in preserving biodiversity. The convention drafted the Aichi Target, which includes 20 headline targets that address underlying causes of biodiversity loss, reducing pressures on biodiversity and a strategy to obtain needed funds. It also has provisions to protect and enhance the benefits derived by biodiversity.

â€śHistory will recall that it was here in Nagoya that a new era of living in harmony was born and new global alliance to protect life on Earth was established,â€ť says Ahmed Djoghlaf, the biodiversity conventionâ€™s executive secretary.

The Convention on Biological Diversity, along with the Convention on Climate Change, was born at the United Nations Conference on Environment and Development (Earth Summit) in Rio de Janeiro, Brazil, in 1992. It is the first global agreement to support the conservation and sustainable use of biological diversity, and 192 countries and the European Union participate.

The convention has three main goals:

The convention recognizes the conservation of biodiversity as a common concern worldwide. Its scope includes all ecosystems, species and genetic resources, including biotechnology. It calls for economic development rooted in sustainable practices. Each participating country is legally obligated to uphold the convention and must submit a report detailing how its mission and goals are being carried out.

What Can Farmers Do?
While the convention is doing important work by recommending, planning and educating, the ultimateÂ decision to promote biodiversity has to be made by individual farmers. Be encouraged. Every time you raise heritage-breed animals, plant heirloom seeds and compost your waste, you are doing your part to preserve the rich diversity of planet Earth.