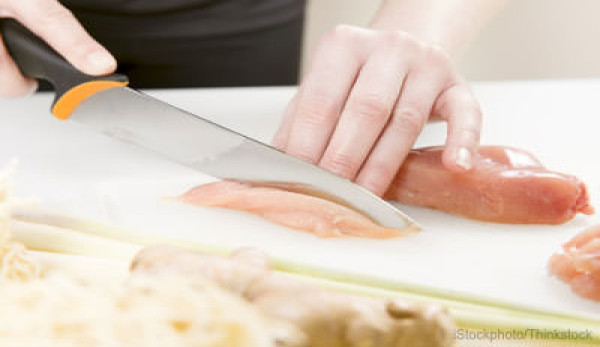 Recently released reports about the frequency of food-borne illnessâ€”commonly known as food poisoningâ€”show that the risks have not changed much in recent years, according to an expert in Penn State’s College of Agricultural Sciences.

The U.S. Center for Disease Control and Prevention’s annual “Trends in Foodborne Illness in the United States, 2012” report analyzes data from FoodNet, a system that tracks food-borne illness in about 10 states, and projects these numbers for the entire country.

“The report pointed out that despite efforts at public education aimed at prevention, the rates of food-borne illness largely have remained unchanged,” says Martin Bucknavage, food-safety specialist with the Penn State Extension. “Salmonella still remains one of the most common causes of food-borne illness, and the number of cases remained roughly the same.”

The report indicated more infections from Campylobacter bacteria, caused by consumption of raw or undercooked poultry, but Bucknavage notes that this isnâ€™t necessarily related to an increased rate of illness.

“I think it can be argued that this may be the result of increased testing for Campylobacter and that the methodology for testing has improved,” he says. “Campylobacter has traditionally not been an easy organism to culture, so as methodologies have improved, one would guess that labs will find it more often.”

While the food industry is working to reduce Campylobacter levels on poultry, Bucknavage points out there is no clear solution for completely removing the bacteria during poultry processing. Therefore, consumers need to continue to minimize food-borne illness through proper preparation and handling, including using a meat thermometer to ensure the poultry is cooked to theÂ USDA-recommended temperature of 165 degrees F and taking steps to reduce cross-contamination.

Another report, “Risky Meat: A CSPI Field Guide to Meat and Poultry Safety,” issued by the Center for Science in the Public Interest, reminds consumers that all raw meat has the potential to carry illness-causing pathogens, Bucknavage says.

“The sound bite heard over and over in the media was that chicken and hamburger are high-risk meats. Well, these meats are only risky if they are not properly handled and prepared,â€ť he says. “While the meat and poultry industry works to reduce the levels of pathogenic microorganisms on raw meat products, those items still have the potential to carry pathogenic micro-organisms. But the risk is for people who mishandle or improperly prepare them.”

Bucknavage acknowledges that consumers are curious if the numbers of food-borne illness cases have changed in recent years. Despite reports to the contrary, he suspects that there actually are fewer cases.

“We know that there are foods that are risky â€¦ and that practices for handling and preparing food need to improve throughout the food chain from the farm to the table,” he says. “But one sign I have seen comes from the businesses that aid victims of food-borne illnessâ€”the food-illness lawyers. According to a posting by one of the preeminent firms from that group, business is down.”