A national plan has been set to find a cure for white-nose syndrome, a disease wiping out bat populations in North America. 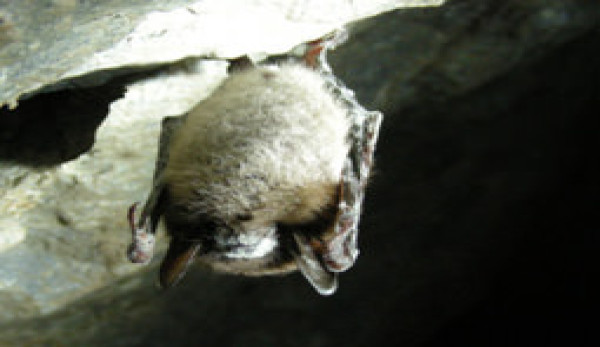 Last week, theÂ  U.S. Fish and Wildlife Service unveiled a national management plan to address the threat posed by white-nose syndrome, which has killed more than 1 million hibernating bats in eastern North America since it was discovered near Albany, N.Y., in 2006.

“Having spread to 18 states and four Canadian provinces, white-nose syndrome threatens far-reaching ecological and economic impacts,” said Secretary of the Interior Ken Salazar. “We’ve learned a lot in the past few years about the disease, but there is much more work to be done to contain it. This national plan provides a road map for federal, state, and tribal agencies and scientific researchers to follow and will facilitate sharing of resources and information to more efficiently address the threat.”

“The National Plan for Assisting States, Tribes and Federal Agencies in Managing White-Nose Syndrome in Bats” provides a coordinated national management strategy for investigating the cause of the syndrome and finding a means to prevent the spread of white-nose syndrome. The service considered approximately 17,000 comments received on the draft plan made available to the public in October 2010.

Since white-nose syndrome was first documented, the FWS has been leading a national response that now includes more than 100 state and federal agencies, tribes, organizations and individuals.

Interior Department agencies have invested more than $10.8 million in this effort since 2007. This includes more than $3 million in research funding that is supporting ongoing research projects looking for methods to control or cure white-nose syndrome.

Researchers working with the U.S. Geological Survey have identified Geomyces destructans, a fungus new to science, as the presumed causative agent. In addition to research, the national response has also developed decontamination protocols to reduce the transmission of the fungus, surveillance strategies, and technical white-nose syndrome diagnostic procedures.

Bat populations are at risk in some areas of the country as a result of white-nose syndrome. Ecologists and natural resource managers are concerned because of the critical role that bats play in agricultural systems and in maintaining healthy ecosystems. A recent analysis published in Science magazine’s Policy Forum showed that pest-control services provided by insect-eating bats save the U.S. agricultural industry at least $3 billion a year.

The national plan’s release coincides with the fourth annual White-Nose Syndrome Symposium to be held May 17 to 19, 2011, in Little Rock, Ark. More than 170 of the world’s top scientific experts on bats, wildlife disease, and the white-nose syndrome fungus will present the latest research and information on how to contain the spread, determine the cause and hopefully find a cure for white-nose syndrome.

State, federal and tribal land managers will also discuss the national response to WNS and implementation teams will formalize work plans as part of a more detailed implementation strategy.

The final document and additional information about WNS are available on the FWS website.