This year, consider decorating with a Christmas tree that can be planted outdoors after the holiday festivities come to an end. 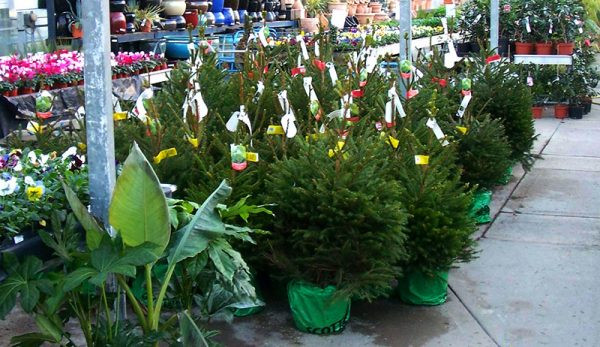 In Canada and the United States, about 45 million trees are cut down at the beginning of the Christmas season, only to spend a few weeks dying in someoneâ€™s living room. Many of those Christmas trees are cut from native pine and spruce stands instead of being farmed.

In more progressive cities, these trees are recycled by being made into chip mulch or compost once they’re kicked to the curb, but this is a stopgap solution that doesnâ€™t get to the root of the problem inherent in logging for seasonal decor. Such an enormous seasonal destruction of habitatâ€”and waste of timberâ€”constitutes an environmental disaster, the wastefulness of which is rarely mentioned in all the consumption-driven coziness of the season.

So this Christmas season, consider the possibility of planting a life, instead of taking one.

Vendors such asÂ Real Christmas Trees in the United Kingdom have begun offering Norway Spruce with an intact rootball, which can be transplanted outdoors after the holidays. The Original Potted Christmas Tree Co.Â in Oregon delivers potted trees in Portland and Eugene, picking them up after the new year, and then replanting the trees in watersheds and parks when the season is right. (The company does not ship trees, but its website says it’s looking to franchise.) Similar services are appearing in many places.

If you donâ€™t have such a service in your area, however, buying a tree with an intact root ball and planting it yourself is just as eco-friendly. Trees kept outdoors are dormant, but they wake up in a living room. Accordingly, after the holidays are over, you keep the tree in a cool place, such as a garage, in order to coax it back into dormancy, and by spring, it will be ready for transplant out into a backyard or a park (with permission).

You can also choose native or endangered potted conifers for your Christmas dĂ©cor: This way, the Christmas tree tradition can be reimagined as a tool for conservation, reforestation, carbon sequestration and habitat restoration.