Help a broody hen kick its nesting habit by providing her some fertile eggs to incubate. 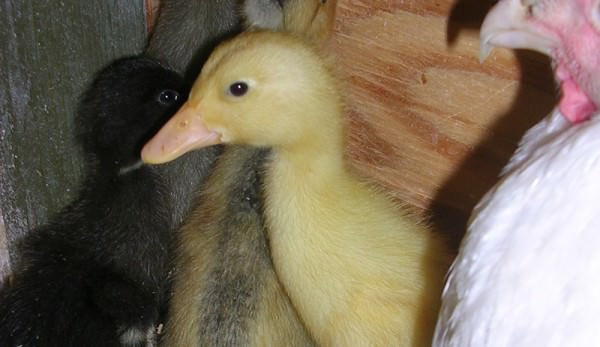 Several years ago, as we were experimenting with small-scale homesteading projects in our 11-foot-wide yard in Baltimore, Md., we raised a number of laying hens for eggs and compost. One of our hens, a White Orpington, regularly became broody. She refused to leave the nesting box and would become very agitated if we tried to move her. We broke her of her broody habits several times by placing her in her own small cage for about a week. However, one spring we finally made use of her mothering instincts and decided to see if she would hatch and raise fertilized duck eggs.

When the fertile duck eggs arrived in the mail, we sectioned off a small area of the coop near the nesting box for the Orpington and the fertile eggs, so sheâ€™d have her privacy away from the other chickens. The Chicken Chick points out in her article on broody chickens that broodiness does not necessarily mean that the hen will be a good mother, but we were lucky. By April, the little ducklings hatched! 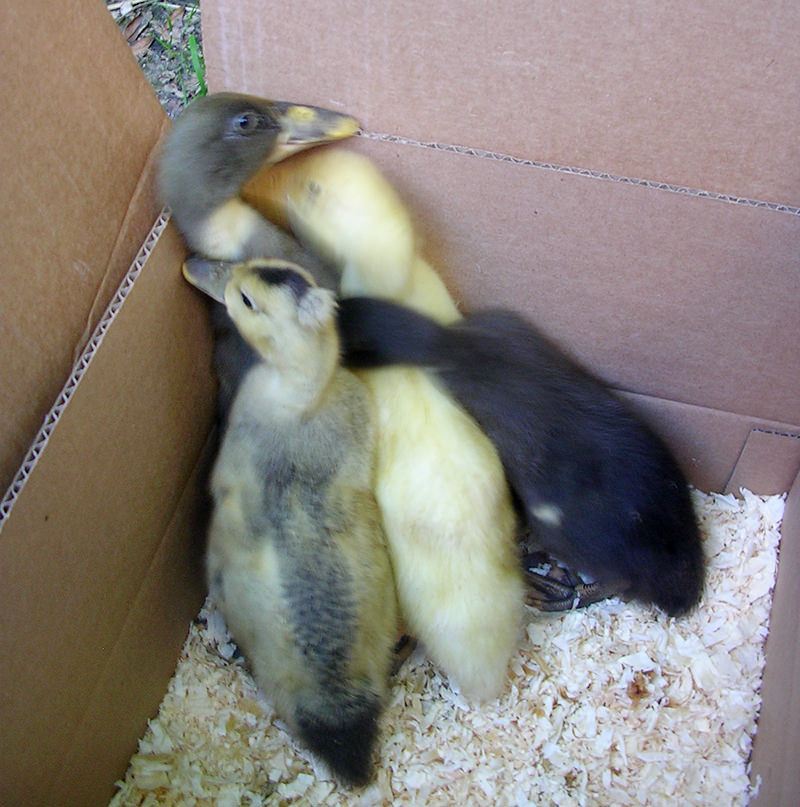 We had some feed for young chickens, but wanted to supplement in case it wasnâ€™t entirely appropriate for ducklings. Using a recipe from The Encyclopedia of Country Living as a guide, we mixed up a batch of homemade duckling food using foraged garden weeds, crushed crackers, oats, hardboiled eggs and cooked jarred whitefish. We mixed everything into a mash with lukewarm water to soften and make the food easier for the ducklings to consume, then sprinkled the chopped garden greens on top.

After about two weeks, we removed the fencing separating the ducklings and hen from the rest of the flock. Because the other chickens had seen the new ducklings from day one, everyone integrated well. We continued to feed the ducks and chickens garden scraps and grubs from our compost, along with chicken feed.

Aliza Sollins spent five years working in urban agriculture as a co-founder of Boone Street Farm in the beautiful, gritty heart of Baltimore City, teaching canning classes, learning how to raise backyard poultry, and gardening with refugees from Iraq, Bhutan, Sudan, Burma and more. She is now the assistant manager of the Lexington Farmers' Market in Kentucky. She collaborates on content for the Lexington Farmers' Market Facebook and Instagram accounts (@lexfarmmkt).