Ultrasound Can Be A Valuable Tool For Goat Keepers

From monitoring pregnancy to evaluating butchering potential, goat keepers these days are turning to ultrasound to help maximize profits. 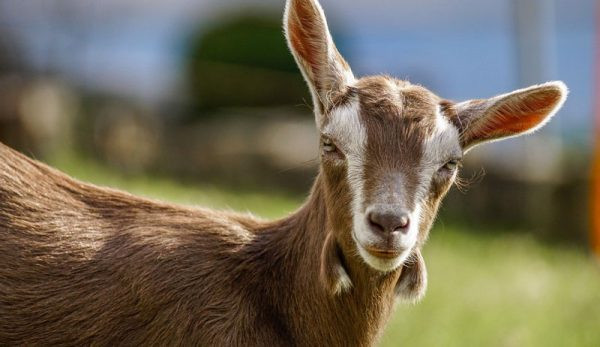 In goats, keepers typically use ultrasound for two reasons: managing pregnant does and improving meat characteristics.

āThe machines are expensive, $10,000 to $20,000 for a new machine depending on the type. So the average producer works with their veterinarian or a trained technician,ā says Melanie Barkley, Bedford County Extension Educator.

Barkley explains how the information gathered in an ultrasound can help with managing goat herds. He also offers insight into the best timing for an ultrasound.

Nutritional requirements vary among pregnant does based on the number of kids they are expecting. (And itās common for goats to have multiples.)

Using ultrasound technology to determine how many babies a doe is expecting allows farmers to sort the herd to best manage feeding rations.

Providing the right ration is especially important in the last six weeks of pregnancy. Studies have shown this is when 80 percent of fetus development occurs, so the animalās energy demand significantly increases then.

āFor large operations, producers can sort does based on carrying singles, twins or triplets and feed them accordingly,ā Barkley says.

According to the āMerck Veterinary Manual,ā transabdominal ultrasonography can detect pregnancy as early as 25 days. However, Barkley suggests waiting until 40 to 70 days to improve the accuracy.

Not all ultrasound technicians are trained to detect the number of fetuses present. So itās important to ask if they have that skill set before arriving on the farm.

Check out these 4 tips for preparing for livestock birthing season.

A goatās carcass and meat composition depends on many factors. These include the animalās breed, its gender, slaughter weight and the way the keeper manages it.

Ultrasounds measure the fat thickness and loin eye depth, which keepers can measure against industry standards.

āIf the producer is using the ultrasound to improve carcass characteristics, this information can then be used to make selection and culling decisions,ā Barkley explains.

The scan data can make comparisons between animals in the herd on attributes like the size of the loin eye in the chops. Keepers can then cull those animals with loin eye depths less than the producer prefers from the herd.

On the other hand, those animals with deeper loins, which corresponds to larger loin eyes, can be kept in the herd.

āThis can be very useful when selecting bucks to use in the herd,ā she says.

Scanning should take place during the early postweaning timeframe of 91 to 150 days of age. Producers enrolled in the National Sheep Improvement Program (NSIP), which includes meat goats, must weigh their animals on the same day they receive an ultrasound.

Make sure you choose the right goat breeds to raise for meat.

For example, dairy producers are looking for cows that produce specific milk volumes and fat content levels among other characteristics. Sheep producers prefer animals that produce more lambs and have higher weaning weights.

In goats, the trait selection is similar in regard to maternal weaning weight.

āThis EBV estimates the genetic differences in mothering ability and milk production, both of which contribute to weaning weight,ā Barkley says. āTo further explore improving genetics, producers may wish to look at EBVs for traits such as number of kids born and number of kids weaned. Parasite resistance is another trait with significant economic importance and promotes the health and welfare of goats.ā

Understanding which family genetics produce the most desirable traits are less expensive to maintain while yielding the highest return on investment.

Ultrasound is an easy, non-invasive method for gathering critical goat data that can be used to develop accurate estimated breeding values. Breeding decisions based on documented traits improve the bottom line for all sized producers.