Learn what to do after you indentify invasive plants, find out why they're so bad and what you should choose instead from nature preserve manager Beverly James. 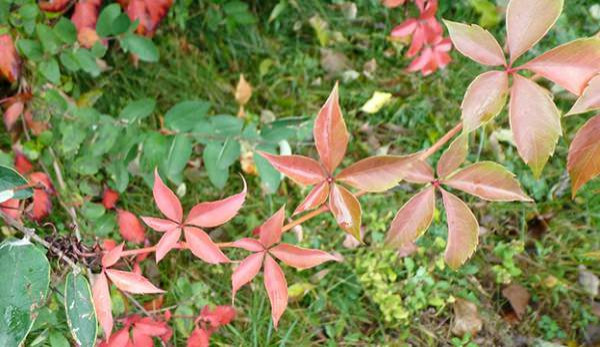 Is your garden suffering from an invasion?Ā Could your property innocently be harboring one of Mother Natureās āmost wanted?āĀ It may beāin the form of exotic invasive plants.Ā Youāve probably heard about these bad actors, but do you know:

We got some tips during a recent visit with Beverly James (in photo), preserve manager with Floracliff Nature Sanctuary, a 287-acre nature preserve in the palisades region of the Kentucky River in central Kentucky.

According to James, invasives get their start innocently enough.

Over time, the invasives started to feel at home.

How to Identify Invasives

āIn fact, if you see a plant all over the place itās probably an invasive,ā James says.

But if youāre baffled by the difference between bush honeysuckle (invasive) and spice bush (native), technology comes to the rescue: Just snap a digital photo and send it to an expert.Ā James recommends you send your photo to:

You also can learn to identify invasives: One resource is the United States National ArboretumĀ website.

If they look so pretty, why are they so bad?

The trouble lies in the soil. If you donāt stop them from growing and spreading, James saysĀ invasives start to affect:

āNative plants tend to work with nature to enhance the health of the soil in a placeāinvasives, nonnative or genetically modified plants may result in unwanted outcomes,ā she says.According to James, invasives greatly decrease biodiversity and are considered the number two threat to native ecosystems, second to habitat destruction.When invasives dominate and take over native plant, they affect:

What Should You Do When You Find Invasives

After you I.D. your invasive plants, what you do next is simple:

Plus youāll have a beautiful and an instantly unique gardenābecause you wonāt be buying the mainstream favorites.Ā James suggests, āIf you enjoy butterflies or hummingbirds ā grow a native plants garden just for your native pollinators. Or try a rain garden.āĀ If you’re real daring, you may even want to try eating them!

Some invasive plants are worse than others.Ā  Many invasive plants continue to be admired by gardeners who may not be aware of their weedy nature.Ā Some do not even become invasive until they are neglected for a long time.Ā  Invasive plants are not all equally invasive.Ā  Some only colonize small areas and do not do so aggressively.Ā Others may spread and come to dominate large areas in just a few years.