Even though urban bees tend to be an underground find, you’d never guess to look for them in these locations. 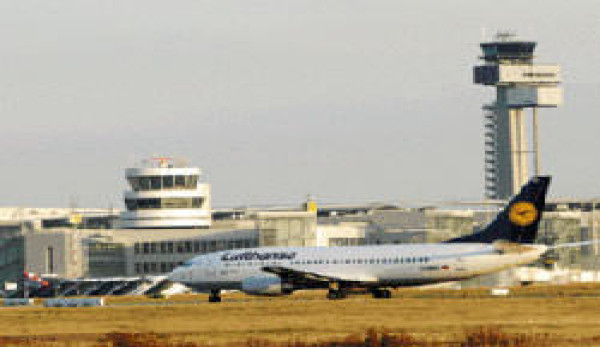 Beekeeping is generating quite a … buzz. Some of the most productive hives are in urban areas, including a few that are kept in unexpected locations. 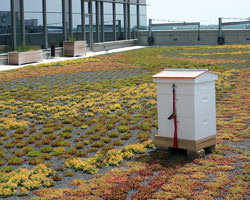 In exchange for their posh digs at the Ritz Carlton, the 80,000 bees that call the hotel home are required to work. Their job: Producing honey for executive chef Jon Farace to use in one-of-a-kind dishes served in the hotel’s restaurant.

Two beehives were introduced in April 2010 as part of the hotel’s ambitious green-roof program. The hotel is located in the heart of downtown Charlotte and is the first Ritz-Carlton hotel or resort to earn LEED Gold certification.

In the first six months alone, 30 pounds of honey were harvested. The presence of bees in urban Charlotte has drawn so much attention that the Ritz-Carlton introduced The Birds and The Bees experience on select dates starting in fall 2010. The package includes a tour of the green roof to see the bees in action followed by a tasting of honey pecan ice cream. 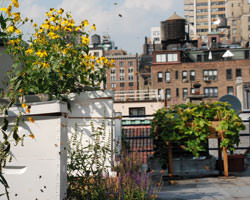 The bees that live on the rooftop of York Prep School act as pint-sized educators for the 340 students who attend classes on Manhattan’s Upper West Side. The hives were installed on the rooftop of the school in 2010 after the ban on beekeeping in New York was lifted. It’s believed to be the only school in Manhattan with beehives (as of October 2010).

Students in grades 6 through 12 have signed up to be part of the York Beekeeping Society. Under the guidance of Andrew Cote, president of the New York City Beekeepers Association, students learn about the environment and science while raising and nurturing bees.

The first honey harvest yielded 40 pounds of honey. When the hives are in full swing, each one is expected to produce upward of 250 pounds of honey, for a total of 500 pounds. At that time, all of the honey harvested at York Prep School will be sold with funds going to support the school’s scholarship program. 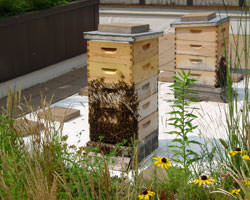 The government is at the forefront of the urban apiculture movement in Chicago.

Mayor Richard Daley was inspired by the urban agriculture initiatives that were taking place in Europe. After a visit to Germany in 2000, he decided to install a green roof on City Hall. In 2003, two beehives were added to the 20,000-square-foot rooftop garden in the heart of Chicago’s Loop.

When the hives were first established, there were fewer than 10,000 bees. Now, the total number of bees buzzing about in the garden tops 160,000. The proximity to Lake Michigan and the abundance of trees and plants in downtown Chicago make this urban setting perfect for the bees.

Beekeeper Michael S. Thompson of Chicago Honey Co-op maintains the hives atop City Hall, collecting between 50 and 200 pounds of honey per hive during each of the two annual honey harvests. The honey is packaged and sold at a downtown farm stand. 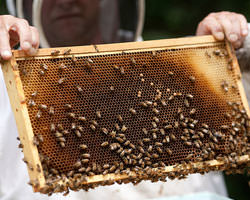 The votes are in, and the hives at The White House are a hit.

In 2009, a beehive was built on the South Lawn as part of the White House’s Kitchen Garden, and 70,000 bees took up residence. The hive is a collaboration between White House carpenter and beekeeper Charlie Brandts and White House assistant chef Sam Kass, and it’s reported to be the first beehive in White House history.

When the “First Bees” aren’t buzzing around the expansive grounds pollinating flowers, the hive is in production mode. Last summer, the hive’s first harvest produced more than 130 pounds of honey. Kass often incorporates honey into recipes in the White House kitchen. In 2009, it was reported that the traditional White House gingerbread house was made with honey instead of refined sugar. 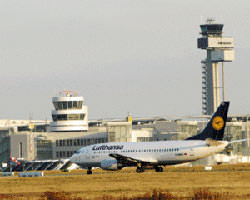 Bees are taking flight alongside airplanes at one of Germany’s busiest airports. The honey harvested from the 200,000 bees that live near the landing strips is being examined in labs, not added to the menu at airport cafeterias.

The airport uses the bees as bio-detectives, testing their honey for toxins to help monitor air quality. The program started in 2006 at seven airports in Germany. Local beekeepers maintain the hives and help harvest the honey. To date, tests from the harvested honey have shown that, surprisingly, toxins are far below the official limits for emissions.

About the Author: Jodi Helmer is the author of The Green Year: 365 Small Things You Can Do to Make a Big Difference.