Update: What Ever Happened With Those Unsolicited Seeds? 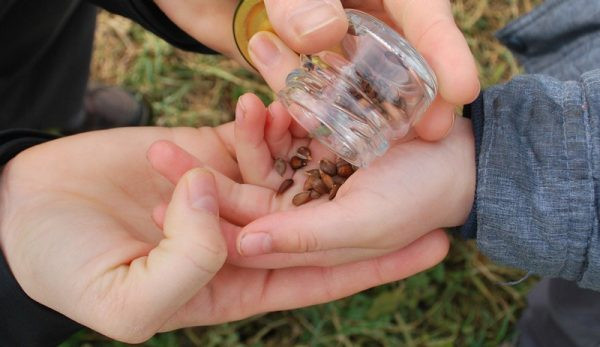 Between raging wildfires, raging politicians and a raging pandemic, a lot has happened since last July. So, it’s understandable that the mailing of thousands of unsolicited packages of seeds sort of fell off the radar.

Even so, I’ve been wondering how things turned out. How manyÂ  packages of unsolicited seeds were there? What did they contain? Were pathogens or noxious weeds included? Who was behind it? Is it likely to happen again?

I wasn’t the only curious soul. Jason Koebler, editor in chief of Motherboard at VICE Media, requested documents from 50-plus state and federal offices under the Freedom of Information Act (FOIA). According to a September 2020 Vice.com report, he snagged â€śthousands of pages of emails, spreadsheets, reports and documents, as well as audio voicemail recordings.â€ť

After analyzing his treasure trove, Koebler wrote, â€śThe scale of the mystery seed operation was much larger than I had originally suspected and than was originally reported. Conservatively, it is safe to say that tens of thousands of Americans received what they perceived to be Chinese mystery seeds in July.â€ť

â€śInitially there was a huge concern, because there were so many at the same time, which was really odd,â€ť he recalls. â€śAnd it wasn’t only [in] the United States.â€ť

Those odd packages also hit mailboxes in Canada, the EU and Australia.

â€śThey were getting packages primarily from China,â€ť Ong continues, â€śBut there were return addresses from Kazakhstan, from Mongolia, and even Malaysia.â€ť

Fortunately, some folks dutifully forwarded their seeds to agricultural agencies. Plant quarantine experts tested the samples to identify the seeds, look for noxious weeds, and check for pathogens.

I contacted the Department of Agricultureâ€™s Animal and Plant Health Inspection Service (APHIS) for details, and Osama El-Lissy, deputy administrator of the Plant Protection and Quarantine Program, came through. Via an emailed statement he noted, â€śAs of January 7, 2021 we have collected 19,271 packages from across the U.S. Weâ€™ve completed examinations of 9,055 of those packets and identified a total of 488 different species of seeds.â€ť

“Altogether, we have identified approximately 460 taxa of seeds,â€ť according to the APHIS statement.

Most officials suggested last year’s mailings were part of a brushing scheme. Interestingly, Koebler writes, â€śIn the emails Iâ€™ve reviewed, thereâ€™s very little talk about how the scam worked or why it happened. This campaign also seems to be much larger than any other known brushing campaign.â€ť

APHIS is keeping mum, citing ongoing investigations. However, they’ve advised the U.S. Postal Service to â€śreturn all suspect seed packets to an international mail facility for inspection and action by U.S. Customs and Border Protection (CBP).â€ť

For its part, online retailer Amazon.com changed its policy on the sale of plant and seed products last September. Now, only U.S.-based sellers may sell seeds, plants or plant products. (And Amazon.com officials can yank the accounts of non-compliant sellers.)

â€śThat’s great, but, if you think about brushing schemes, most of this stuff was identified as something other than seeds,â€ť Ong says.

Even with the coming gardening season, Ong says, â€śWith due diligence and with some of the safeguards in place, I don’t think we’ll see a mass mailing like we saw last July and August.â€ť

Still, we shouldn’t let our guard down. If you receive unsolicited seeds in the mail? Don’t plant them and don’t trash them. Do call USDA’s Smuggling Interdiction and Trade Compliance Program at 1-800-877-3835 or email SITC.Mail@aphis.usda.gov.

And be prepared to send the seedsâ€”packaging and allâ€”to your local state regulatory officials or plant health directors.