Courtesy Hemera/Thinkstock In attempts to grow foods locally, some urban farmers have violated local laws. While aphids are raiding gardens for a taste of the tomatoes, city officials are conducting raids of their own, handing out fines to urban farmers for breaking the law. Yep, growing tomatoes—or any food crops—is illegal in some municipalities. Certain […] 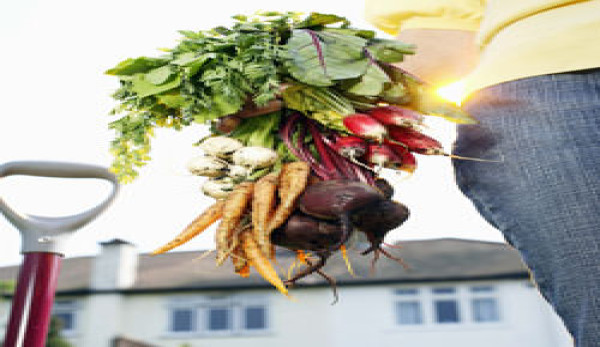 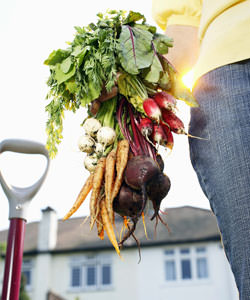 In attempts to grow foods locally, some urban farmers have violated local laws.

While aphids are raiding gardens for a taste of the tomatoes, city officials are conducting raids of their own, handing out fines to urban farmers for breaking the law. Yep, growing tomatoes—or any food crops—is illegal in some municipalities.

Certain cities require permits to grow food while others limit the amount of fresh fruits and veggies that can be grown on residential lots. Sound crazy? These urban farmers think so, too.

Urban farming icon Novella Carpenter was targeted for breaking the law. Her crime: selling Swiss chard from her 4,500-square-foot garden in Oakland, Calif.

According to city officials who visited Carpenter’s Ghost Town Farm in March 2011, Carpenter needed a conditional-use permit to grow food and raise livestock on her Oakland farm and a business license to sell produce. The cost: $2,500 for the permit and $40 for the business license.

On her blog, Carpenter writes, “City of Oakland: You are playing with people’s lives … I might have to get rid of my animals. All because one guy came to my house, took photos and decided that I wasn’t in compliance with some confusing code.”

Oakland enacted new zoning laws, including laws pertaining to urban agriculture, in April 2011. Under phase one of the new law, urban farmers growing fruits and veggies on vacant lots do not need permits; livestock, including the chickens, ducks, rabbits and goats that Carpenter keeps on her farm, do require conditional-use permits.

Carpenter says she plans to apply for a permit. In the meantime, she has suspended operations of her farm stand.

Steve Miller had no idea he was breaking the law by growing broccoli and cabbage on his 2-acre homestead outside of Atlanta.

In January 2010, code enforcement officials informed Miller of strict legal limits on the number of vegetables that could be grown in residential areas; the amount of produce that Miller was growing exceeded those limits.

“As agriculture comes back into urban areas, we are dealing with old laws on the books,” Alice Rolls, director of Georgia Organics, told southwestern Georgia’s WALB News.

Intent on following the law, Miller, who shares his bounty with neighbors and has a produce stand at the local farmers’ market, put his garden on hiatus last summer to have his property rezoned. The charges were put on hold while his application for rezoning was pending. Although he received approval for rezoning, Miller continues fighting with authorities.

In a legal tangle neighbors have dubbed Cabbage Gate, Miller is being sued by Dekalb County for $5,000. The county is intent on prosecuting Miller for the earlier charges because he was in violation of the ordinance before his lot was rezoned. Miller estimates he’ll spend $27,000 fighting the charges.

Dirk Becker and Nicole Shaw can fill their 2½-acre lot with squash, potatoes and garlic—as long as the couple eats all of the veggies themselves. Selling their produce violates local laws.

The couple started Compassion Farm at their home in Lantzville, British Columbia, Canada, in 2006. Every week, they sell truckloads of their homegrown produce at the Bowen Road Farmers’ Market, a local market that the couple started for the community.

A commitment to providing organic, local produce got Becker and Shaw in trouble with the authorities. In November 2010, the couple was given a 180-day warning to cease operations on their urban farm because it violated a local bylaw. According to local zoning laws, home-based businesses do not include agriculture, and that means growing food for sale is against the law in Lantzville.

“These bylaws are quite typical in communities all across the country,” Becker told the Nanaimo Daily News.“It’s time for governments to catch up to Canadians who want to grow more food themselves.”

Becker, Shaw and other supporters of urban agriculture pressured the Lantzville City Council to amend the bylaws and had some success. In March 2011, the council agreed to issue temporary permits to residents who want to engage in activities, like urban farming, that fall outside zoning regulations; permits cost $1,150 CAD and are good for three years.