Urban Farming to Get Corporate Boost

Courtesy Stock.XCHNG Two New York developers have teamed up to take the city’s urban farming to a larger scale, and they’re paying attention to sustainability in the process. New York is better known for Times Square and Central Park than food production and urban farming, but two developers are looking to change that. Full Spectrum […] 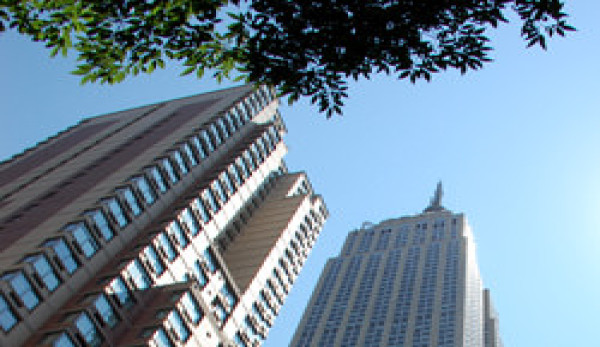 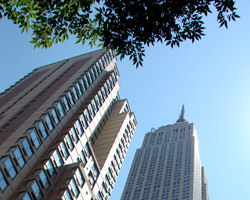 Two New York developers have teamed up to take the city’s urban farming to a larger scale, and they’re paying attention to sustainability in the process.

New York is better known for Times Square and Central Park than food production and urban farming, but two developers are looking to change that.

â€śNew York generates an enormous amount of food waste, which we transport to other communities, where it sits in landfills and emits methane gas. We wanted to rethink that,â€ť explains Carlton Brown, chief operating officer of Full Spectrum of New York.

Itâ€™s a grassroots idea that has grown out of the thriving urban farm movement. The centers will operate much like other urban farms, growing food and offering it for sale. The developers are also focused on larger environmental and social goals.

The plan is to redirect waste from landfills, convert it into gas that will be used to power micro turbines, which will provide enough power to grow food in an industrial warehouse. The food will be sold to local residents in an on-site produce market and will also be marketed and sold to restaurants and institutions, including schools and hospitals, that have an interest in supporting local agriculture and serving organic foods.

Workers from these communities will be hired and trained to manage the entire process, creating jobs in areas where work is scarce and unskilled laborers have few chances to make a living wage. The first center in the South Bronx is expected to create more than 200 jobs.

According to Brown, each Urban Food and Renewable Energy Production Center will be part of a closed-loop system, generating more energy than it consumes and using more waste than it creates. Itâ€™s all part of the developersâ€™ commitment to be sustainable in each step of the process.

â€śSo much [large-scale] agriculture is bad for the planet,â€ť says Brown. â€śWe wanted to rethink that model as an important part to how we start to create sustainable communities.â€ť

Brown admits that itâ€™s a novel approach and reactions to the idea have been mixed. Critics have questioned whether itâ€™s possible to transform industrial buildings into indoor urban farms and run them in a cost-conscious manner. Supporters are intrigued, offering kudos to Full Spectrum of New York and phbCatalystgroup, Inc., for rethinking food production and coming up with a new approach to address the issue of food security and job scarcity.

â€śWeâ€™re not the only people looking at this kind of idea,â€ť Brown notes. â€śAs we move forward, thereâ€™s going to be a much larger part of our food supply grown in urban areas.â€ť

For now, Integrated Urban Food and Renewable Energy Production Centers exist only on paper. The New York City Economic Development Corporation is reviewing the plan submitted by Full Spectrum of New York and phbCatalystgroup, Inc., to develop the 2.4-acre industrial site in the South Bronx. Brown hopes a decision will be made about the land in early 2011. If itâ€™s approved, the developers will move forward with design and construction. The project will be built in three phases for a total cost of $64.5 million. If all goes well, the first phase will be complete in late 2012.
Â