Urban Growing in a Sock? 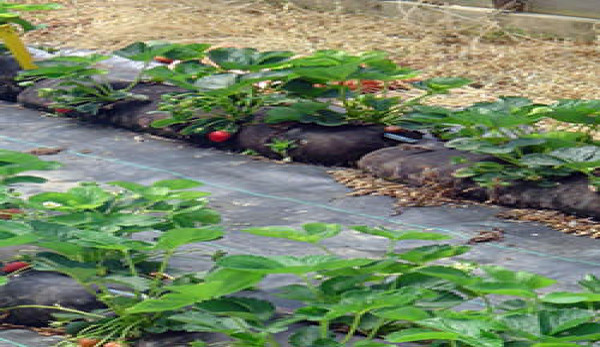 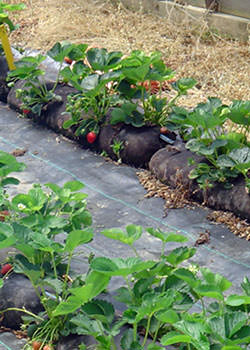 At the beginning of June, Ohio State University Extension horticulturists at OSU South Centers in Piketon, Ohio, were picking their high-tunnel strawberries, about a month ahead of the area‚Äôs field-grown strawberries.

But that’s not the exciting news. They are harvesting a crop grown using technology that could make fruits and vegetables accessible to anyone, anywhere‚Äîeven your urban neighborhood.

Researchers are using a compost sock system as a growth medium and comparing the crop’s performance to in-ground high-tunnel strawberries. The compost socks are made of mesh materials and filled with compost. The plants are grown in the socks, with irrigation and fertility management as needed. The hope, says OSU Extension horticulturist Brad Bergefurd, is that performance and yield will be comparable to that of in-ground high-tunnel production.

“If we find the compost sock system comparable to in-soil production, that means that we can farm anywhere with high tunnels using this system as the growing medium,” Bergefurd says. “You won’t need soil.”

Bergefurd says that compost socks could make high-tunnel production even more relevant. High tunnels are popular because they allow growers to expand their growing and marketing season; they support plenty of crops on a smaller amount of land; and they need less-expensive equipment compared to larger-scale, open-field farming methods.

With compost socks, farming could be expanded to areas that generally aren’t considered ag-friendly or where fresh fruits and vegetables are not easily accessible.

“Since you don’t need soil, you don’t need a field or farmland. An old parking lot or a vacant lot in the middle of the city would work,” said Bergefurd. “I can go into the middle of Columbus (Ohio) in the morning and set up a high tunnel, and by the end of the day, I can have my vegetable garden up and going.”

Although researchers are only in their first year of evaluating the compost sock system on strawberry production, they‚Äôre seeing promising results. Researchers believe the compost socks can support a whole host of vegetables, from¬Ýtomatoes to peppers to lettuce.

“The technology completely supports a multiple cropping system,” said Bergefurd. “We are testing to see whether one compost sock can support three years‚Äô worth of crop production.”

If successful, the compost sock technology could be a way for communities to promote urban gardening, support local foods and encourage healthier eating.

“High-tunnel production with compost socks would be one answer to the food desert dilemma,” Bergefurd said. “Residents would have access to fresh fruits and vegetables right there in their community. You could literally grow food anywhere.”