Predator Urine As Protection For Chickens—Gross Or Genius?

Some chicken keepers are turning to predator urine to deter critters away from the coop. 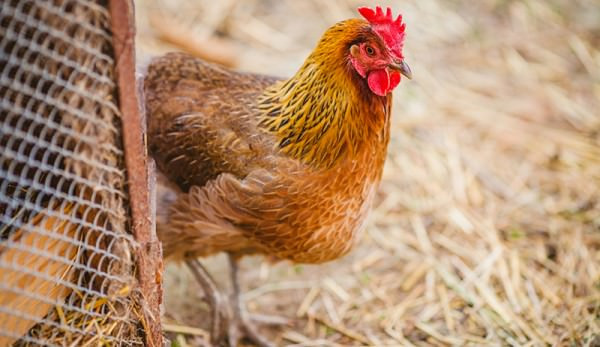 You spent months deciding on breeds and designing a coop. You tended to sweet baby chicks, bonded over cracked corn and squealed with delight the first time you plucked a warm egg from a nest box. You cared for your chickens every day, tending to their needs, coddling them when they were sick, possibly even giving them treats and scraps from your own kitchen.

Then, without warning, a predator attacks. Maybe you know the animal in question, maybe you don’t. Maybe you saw the attack, or perhaps just the aftermath. Either way, it’s always heartbreaking to lose any (or sadly, even all) of your chickens to a predator.

With the proper preparation and tools, good habits and maybe the help from a furry friend, it’s easy to create several lines of defense to avoid a predator attack: a secure coop, checking for signs of entry on the regular, enlisting a livestock guardian animal and much more. But even with the best defenses in place, our efforts are no match for the offense of a hungry, determined wild animal.

So, in your state of desperation, you’re willing to try anything. Right?

Flip through a poultry-supply catalog and you’re likely to stumble onto something odd: coyote, wolf, fox, bobcat, fisher or bear urine, just to name a few. You read that right—pee for sale! Some companies sell urine from several species of wild native animals as a way to ward off predators and protect flocks from harm. As one line of defense, animal urine is used to keep away others from the same species—coyote urine keeping away coyotes, for instance—and also from other species, including foxes, ferrets, raccoons, weasels, bobcats, skunks, opossums, minks, rats and other small predators. That little bit of waste liquid is promising an awful lot, isn’t it?

Mammal urine is mostly comprised of water (more than 90 percent), as well as urea, salts, amino acids, sugars, toxins and hormones, the last of which is used as a form of communication through the action of marking with urine. The exact composition of urine depends on what the animal has eaten, drunk or been exposed to, as well as its overall health. Depending also on many other factors—such as the animal species marking with urine, its gender, its reproductive status, the time of year and location—urine may be used by a member of a given species to either repel or attract others.

Use It Or Lose It?

So does urine actually work to ward off chicken predators? Unfortunately, the jury is still out on this one, and the topic is hotly contested among chicken keepers, animal trappers and hunters, and wildlife experts. Some people swear by it. Anecdotal stories seem to be the stuff of internet legend, where a lucky chicken keeper peers out his window and sees a big black bear take one whiff of coyote urine and turn tail to run. Whether the use of the strategically placed urine alone cured their predator problems or it was a combination of other precautions they may have taken at the same time simply can’t be determined.

There are so many factors to consider:

Some chicken keepers find that the use of human urine applied liberally around their property works just as well; others find that in marking his or her territory, the family dog does a fine job of keeping predators away.

Everyone seems to agree that urine alone is not as effective as the use of urine in conjunction with other lines of defense. Because some urine is used to attract animals, the best course of action is to provide other deterrents around your chicken coop. Many chicken keepers who use urine successfully do so with a livestock guardian or a family dog that, in addition to providing some urine of its own, will chase away potential threats, providing a behavioral deterrent, not just an olfactory one.

Where Does The Urine Come From?

Manufacturers of predator urine for use by poultry owners are clear that the product you’re purchasing is the actual waste product of a predatory animal—not a synthetic or chemical substance that mimics the scent. These companies explain that the urine is gathered through floor collection drains in zoos, preserves and game farms from the animals’ enclosures. They share that the animals are not harmed in the “harvesting” process, and in fact, the facilities receive much-needed funds from this unique revenue stream, in a manner of speaking.

The urine used to make the granule form of the product is harvested in the same manner, but is then combined with various organic materials to absorb, maintain and eventually release the scent of the urine.

Some think that spending good money on harvested animal urine is a waste—pun intended!—but others are willing to try whatever it takes to keep their flock safe. Only you know what works and what doesn’t work for your farm or homestead and your lifestyle. Whatever you choose to do, don’t let the skeptics decide for you. Do your own research and experiment if need be. Just remember that our chickens rely on us to keep them safe; the way we do so doesn’t really matter to them.

This article originally ran in the July/August 2016 issue of Chickens.