In the fight to stop the spread of citrus diseases, the USDA has updated its Save Our Citrus campaign and expanded to Spanish-speaking communities. 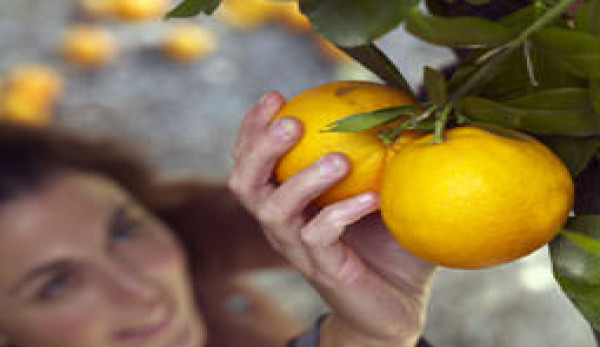 The spread of citrus-tree diseases, such as citrus greening and citrus black spot, is an overlooked threat against some of America‚Äôs favorite fruits and juices. To help combat the problem, the USDA has updated its¬†Save Our Citrus map to highlight new threatened areas.

According to the website, citrus diseases are often spread when fruits with the disease are moved (often illegally or improperly) to areas that have not yet been exposed. The diseases the Save Our Citrus campaign is trying to raise awareness about are:

This year, states impacted by one or more of these diseases include California, Arizona, Texas, Louisiana, Mississippi, Alabama, Georgia, Florida and South Carolina. Beyond America‚Äôs lower 48 states, the threat to fruits also extends to several American islands and territories, including Hawaii, Puerto Rico, Guam, American Samoa and the U.S. Virgin Islands.

Farmers and citrus consumers in any of the threatened areas should take extra precautions to avoid the further spread of citrus diseases, including growing citrus at home so infected fruit isn‚Äôt transported, reporting signs of pest diseases to the USDA and spreading awareness about the problem.

The USDA‚Äôs Animal and Plant Health Inspection Service began the Save Our Citrus campaign in 2008 to inform U.S. consumers about the threat of citrus diseases and empower them to take easy steps that will make a lasting difference in the fight against citrus disease. The website includes extensive information about each citrus disease, as well as a map detailing affected areas, citrus-safety tips, links to additional resources and information about the need to quarantine certain fruits.

This month, the campaign also launched a Spanish-language version of the website to reach out to Spanish-speaking communities in citrus-growing states. As with the English website, it includes important quarantine alerts, citrus-safety tips and an interactive map that highlights affected areas in the U.S. and surrounding regions. Most importantly, Spanish-speaking site visitors will be able to report any plants they suspect are infected.