If you sell meat that's been mechanically tenderized, you now have to say so on the label. 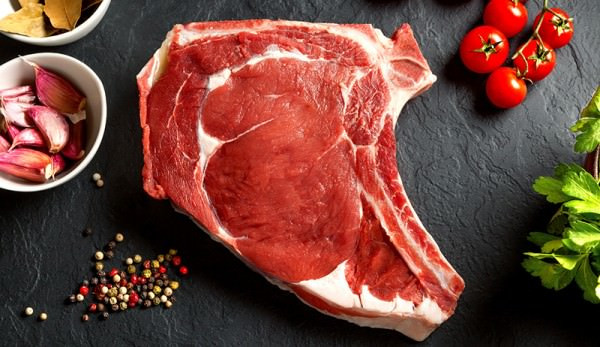 If farmers could just farm and food producers could just produce food, imagine how much more productive we’d all be. Instead, we have to keep up with constantly changing rules and regulationsŌĆösome good, some badŌĆöand label requirements.┬ĀYou may have heard that the federal Nutrition Facts label has been updated to now disclose the amount of added sugar in a food item, be printed in larger type and offer more realistic serving sizesŌĆöamong other changes. A little quieter than that announcement is one that affects beef producers, large and small. This new label is required on meat that has been mechanically tenderizedŌĆöpierced by needles or small blades in order to break up the meat fibers.

Mechanical tenderization is a common practice among industrial meat producers and retailers, as well as some small-scale cattle farmers. In fact, the USDAŌĆÖs Food Safety and Inspection Service estimates 6.2 billion servings of mechanically tenderized beef are consumed every year! You cannot tell that a cut of meat has been mechanically tenderized just by looking at it, which is where the label comes into play.

The USDA FSIS started requiring this meat label because the tenderizing blades or needles can introduce pathogens from the surface of the beef to the interior. This label is meant to alert consumers to the fact that mechanical tenderization has taken place and to educate them that proper cooking is even more important with these cuts of meat.

Food-safety risks are lower with roasts and steaks that are not mechanically tenderized because bacterial contamination happens on the surface of the meat only. The bacteria is not inherently present inside the meat to begin withŌĆöit needs a means of getting to the center of the meat (such as these tenderizing blades or needles). Logically, you know that the center of the meat is not cooked as thoroughly as the surface of the meat, so the center’s low temperature offers the pathogens a chance to grow. Regardless, the USDA FSIS recommends that all whole cuts of beef, such as steaks and roasts, be cooked to an internal temperature of at least 145 degrees F and be allowed to rest for at least three minutes before cutting or serving.

Less expensive beef steaks and roasts, such as sirloin and eye of round, are produced this way because they’re seen as less desirable. Overall, they’re less tender, so mechanical tenderization helps them out. Even some recipes instruct home cooks to tenderize meat by poking it with a fork or using an as-seen-on-TV tenderizer gizmo before marinating or cooking. While I’m more a fan of marinating my roasts instead of prodding them with a fork, marinades only take the tenderization action to the outside of the meat, not into the fibers throughout.

If you mechanically tenderize your steaks and roasts before selling them, label up! If you don’t, this change doesn’t affect you. You might take this opportunity to educate your beef customers, though. Talk of the label has been in the newsŌĆöalbeit in the backseat compared to the nutrition labelŌĆöand people who purchase your meat may be wondering what the heck mechanical meat tenderization is and whether you use this practice.