Use Chickens To Control Ticks, One Town (Hopefully) Says

A New York town is considering allowing its residents to keep chickens to reduce the tick population. 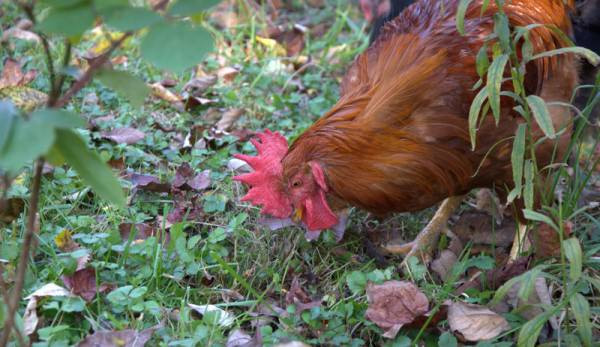 We know there are myriad benefits to keeping chickens, not the least of which is fresh eggs every morning. But one New York town is considering a proposal that would allow residents to keep chickens for an entirely different reason: controlling the local tickĀ population.

Dave Cassel, a resident of Fayetteville, N.Y., submitted a formal proposal to the village board of Fayetteville that would allow citizens to keep a maximum of six backyard hensāno roosters allowedāto improve the local quality of life. “There is a large volume of scientific and anecdotal evidence demonstrating chickens’ pest control ability as they love to eat ticks, flies, mosquitoes, lawn grubs, grasshoppers, parasites, and garden pests,” he wrote in the proposal. (And we support those findingsāchickens love bugs! Plus, backyard chickens are just plain fun.)

Cassel is devoted to trying alternatives to traditional pest-control methods like this one: Heās also a member of the local deer-management committee. “We don’t want to keep killing deer, as it’s not something we enjoy doing,” he told Syracuse.com earlier this week. “We want to come up with other solutions and this would be one of them. There’s no one silver bulletāthis is just another technique.”

Mark Olson, mayor of Fayetteville, seems to be in support of the issue. “I support anything that will help reduce the tick population as long as it is done without affecting the quality of life for neighbors,” he toldĀ Syracuse.com reporter Elizabeth Doran. The village would need to alter and change its existing code to allow residents to keep chickens.

Weāre obviously huge supporters of backyard chicken-keeping here at Hobby Farms, so weāll be keeping an eye on how the Fayetteville village board reacts to Casselās proposal. The board was due to meet and discuss the proposal this week.