Use Pea Inoculants To Grow A Healthier Crop

They may be invisible to the gardener's eye, but the beneficial bacteria introduced when using pea inoculants majorly impact plant health and production. 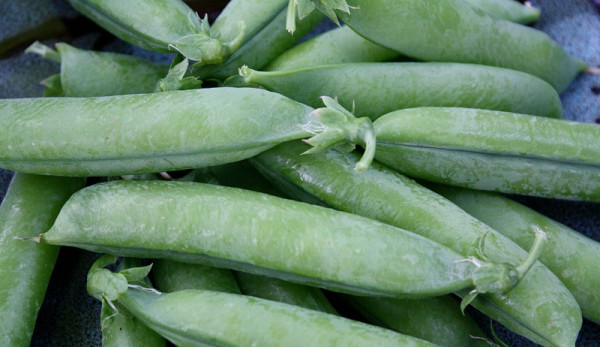 Peas are among the earliest of crops to go into the spring garden. They’re tolerant of cold soil, and they need to produce their pods before summer’s heat arrives and the plant dies. There’s a better way to grow peas than by simply going out and plunking a few pea seeds into the soil. Using pea inoculants is the first step to growing a hearty crop of productive plants.

Pea inoculant is a microbial amendment that’s added to the soil at the time of planting. Inoculants are granular products comprised of millions of live bacteria. These bacteria colonize the roots of pea and bean plants, forming nodules on them. The bacteria in the nodules form a symbiotic relationship with the pea roots, converting nitrogen from the air into a plant-accessible form. Because of this relationship, when using pea inoculants, no additional nitrogen fertilizers have to be added to these crops.

Although these naturally occurring bacteria are often already present in organic soils, especially where peas and beansÂ have been grown before, purposefully introducing pea inoculant to the soil at planting time results in quicker root colonization. This, in turn, leads to improved germination rates, bigger, healthier plants, more extensive root systems and improved yields.

All members of the legume family have the ability to form these nitrogen-fixing nodules on their roots, and there are numerous species of bacteria used to inoculate leguminous crops to encourage the process. For peas and beans, the best species is Rhizobium leguminosera. Other species of microbial inoculants are useful for alfalfa, cloversÂ and other members of the legume family.

There are several ways to introduce pea inoculant products to your pea seeds.

Don’t worry about over-applying pea inoculant because other than costing you money, too much inoculant will not hurt the plants.

Here are a few other things to keep in mind when using pea inoculants.

They may be invisible to the gardener’s eye, but the beneficial bacteria introduced when using pea inoculants impact plant health and production in a big way.