Using Plants as Medicine for People and Animals

Last week, I told you about how Mom gathers and feeds wild blackberry leaves to my girlfriends and our pregnant ewes. But blackberry is only one of thousands of plants used in herbal veterinary medicine. 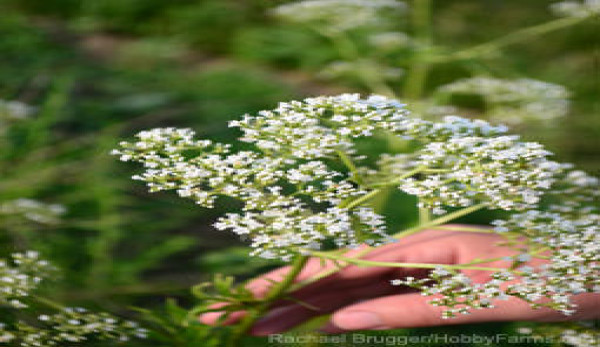 Last week, I told you about how Mom gathers and feedsÂ wild blackberry leaves to my girlfriends and our pregnant ewes. But blackberry is only one of thousands of plants used in herbal veterinary medicine.

Some people think using plants for medicine is horse pucky, but itâ€™s not. According to a study publishing in the August 2006 issue of the Medical Journal of Australia, plants contain at least 12,000 known healthful compounds called phytochemicals. Many of these are used to make modern drugs. For example, the salicylic acid found in willow bark is used to make aspirin and digitalin from foxglove to make digoxin, which is used to treat heart failure. In fact, the BBC reported that more than half of prescription drugs get their chemicals from plants!

Herbal medicine is widely used in other countries for animals and for humans, too. In a report issued in 2008, the Botanic Gardens Conservation says, “5 billion people still rely on traditional plant-based medicine as their primary form of health care.â€ť Before modern medicine evolved in the late 1800s, that was true in America, too.

Some archaeologists (scientists who study the way humans work) have found that people have been using plants as medicine for thousands of years before anyone even wrote about it. For example, scientists digging up a 60,000-year-old Neanderthal burial site called Shandar IV in northern Iraq found large amounts of pollen from seven plants now widely known as herbal remedies.

About 5,000 years ago, the ancient Sumerians created clay tablets listing hundreds of medicinal plants. Around the same time, Ă–tzi the Iceman, whose mummified body was frozen in a glacier in the Ă–tzal Alps, died. Among his possessions were medicinal herbs scientists think he used to treat parasites found in his intestines. The Egyptian Ebers Papyrus, a 110-page scroll written in about 1500 B.C., might have been copied from earlier texts dating as far back as 3400 B.C. and describes more than 850 plant medicines, including garlic, juniper, marijuana and aloe.

Emperor Shennong, the founder of Chinese herbal medicine, wrote a book called the Great Herbal in around 2700 B.C., while plant-based Ayurvedic medicine evolved in India by 1500 B.C. A Greek physician named Pedanius Dioscorides wrote De Materia Medica sometime between 50 and 68 A.D. that described more than 600 medicinal plants, andÂ well into the 17th century, people considered it a reliable source for information on healing plants.

In Europe and Scandinavia, women passed down herb knowledge of herbs to the next generation, and Native American healers used about 2,500 plants known to contain healing compounds.

Nowadays, holistic medicine, including herbal veterinary medicine, is staging a comeback and you can be part of it if you like. Talk to your present veterinarian about herbs or find a holistic veterinarian who uses them in his practice. Such vets are listed at theÂ Veterinary Botanical Medicine Association andÂ American Holistic Veterinary Medical Association websites.

You can also learn a lot about herbs by reading books and joining email lists, such asÂ Totally Natural Goats and 7mFarm-Herbal.

Then when you know your way around herbs, you canÂ grow your own orÂ gather wild herbsÂ if you like.

But be careful when you use herbs for medicinal purposes. Do not buy a book and experiment, whether its on yourself or your animal friends. Mom made herself sick by drinking too much blue vervain tea because the book she referred wasnâ€™t accurate enough. Donâ€™t be a statistic. Just because herbs are “naturalâ€ť doesnâ€™t mean theyâ€™re safe.