Using Travel Corridors on the Farm 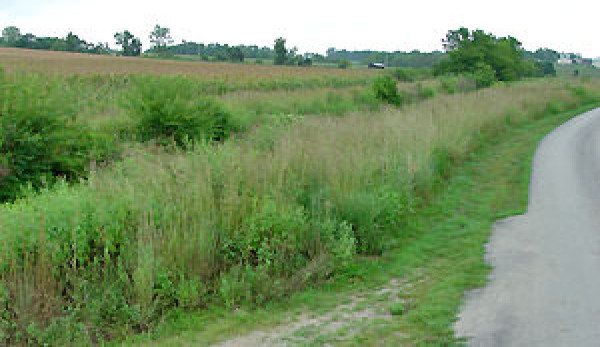 Roads make getting from one place to another easier and safer.

They date back to the mid-1800s as people colonized the West, blazing new trails fraught with hazards from impassable obstacles to dangerous encounters with Native Americans.

The same holds true for wildlife moving from one place to another. Roads or travel corridors connect blocks of wildlife habitat, providing safe thoroughfares for wildlife.

Just as humans use many different types of roads, travel corridors can also support different volumes of wildlife â€śtraffic.â€ť

Larger Travel Corridors
Interstate roads are expansive slabs of pavement with multiple lanes facilitating high-speed transit. These roads are very safe; drivers are many times more likely to be in an accident on smaller roads.

Likewise, large wildlife corridors function similarly to interstatesâ€”though, they may or may not traverse your farm. 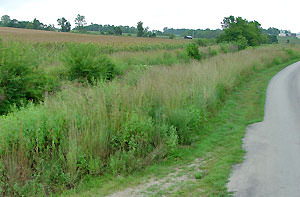 Wildlife â€śinterstateâ€ť corridors connect populations of wildlife to other populations. They are typically expansive, cover long distances and connect large blocks (thousands of acres) of wildlife habitat. Much like the highway, their large size affords safe dispersal of individuals from one population to the other.

These pathways are critical for supporting the flow of genetic material between two or more populations.
Â
The only way to identify a corridor of this type is by looking at large-scale, aerial images. If you determine that a portion of your farm serves this function, you should preserve it at much as possible.

Smaller Travel Corridors
Taking an exit off the interstate puts us on a smaller county road. In wildlife transit, it parallels travel ways within your farm and among your immediate neighbors. Many species of wildlife shift core areas seasonally, following food resources or habitat-supporting reproduction.

Critically evaluate your farm and the neighboring properties for cover that affords wildlife easy movement across property lines. Do animals need to cross expansive pasture to get from one block to another? What cover is left after a harvest of crops?

Imagine you were an animal trying to navigate across your farm or onto your farm from another piece of land. The more â€ścounty roadsâ€ť or smaller travel corridors available, the more wildlife your farm will likely support.

Understanding Possible Hazards
Just as we need roads to meet our daily activities, wildlife need to travel between locations to eat, sleep and loaf.

Your property evaluation requires a sound understanding of wildlife; itâ€™s imperative to know where the animals spend their time during daily activities.

Youâ€™ll need to minimize hazards along the routes they take. Hazard reduction could be as simple as:

Seeing Results?
A skilled manager can make significant gains in local wildlife by mastering the art of implementing these types of corridors.

Take into consideration the habitat requirements of the species you would like to promote. Put on your boots, walk around the farm and become a road engineer for wildlife.