Varietal Honey: Capitalize On The Taste Of Your Location

Point your bees to a singular source, and bottle the specific flavor of your neighborhood. Here are tips on producing varietal honey. 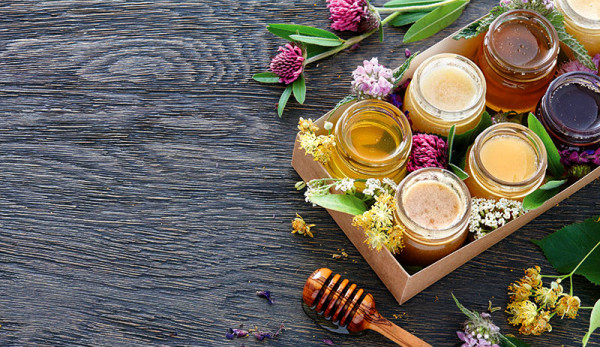 Each place on EarthŌĆöits geography, geology and climateŌĆöinteracts with the plants growing in the area to create a distinct taste of place. This taste embodies certain characteristics and qualities, which reflect how the local environment affects production of crops. The French first developed this idea, known as terroir, and used it to guarantee the quality of culinary products, including wine, cheese and butter. However, few foods lend themselves so wonderfully to the idea of terroir as varietal honey.

Think about it: Depending on forage availability, honeybees will travel about 3┬Į miles in every direction from the hive foraging for nectar. In the process, itŌĆÖs estimated that, on average, they visit approximately 2 million blossoms in order to gather enough nectar to make just 1 pound of honey. A colony of bees covers many thousands of acres in the process of making honey. Such a large sampling of blossoms, over such a wide area, allows the honeybee to create a final product that is a perfect example of terroir. Yet few beekeepers capitalize on this singular characteristic of the honey they harvest.

The taste, color and scent of honey are affected by numerous factors, and the way these factors interact. These include the flowers the bees visit, the weather in the region, the qualities of the soil and terrain where the plants grow, and the way the beekeeper processes the honey. The color of honey can range from nearly colorless, or water-white, to a golden yellow or even dark brown, and the flavor varies from delectably mild to distinctively bold or bitter. Even the aroma of the honey might mildly suggest the flower from which the nectar was gathered.

Varietal or unifloral honeyŌĆöhoney made primarily from the nectar of one flower typeŌĆömight be best compared to varietal wine in terms of annual climatic changes. Even the same flower blooming in the same location might produce slightly different honey from year to year, depending on temperature and rainfall.

The flavor of the honey created from the nectar of each species of flowering plant is different from others. For the most part, the majority of beekeepers keep their bees in a single location all the time. As a result, they tend to harvest honey once or twice a year from their hives, and that harvested honey will be a blend of all the nectars the bees gathered throughout the seasonŌĆöfrom the early blooming willows and dandelions to the late-blooming goldenrods and asters. This mix of honey tends to be labeled ŌĆ£wildflower honey.ŌĆØ

In order to harvest a specific honey varietal, bees need to be placed in a location where one type of plant is primarily in bloom. The honey collected by the bees must then be harvested immediately following the bloom and before other plants in the area start to flower.

To meet the definition of a varietal honey, most authorities agree that the percent of the nectar gathered by the bees that make up a mono floral honey must be predominantly from a single type of flower. If the location around a bee yard features primarily one type of flowering plant that the bees can forage for nectar, that creates the opportunity to harvest a varietal honey. However, most varietals are produced by migratory beekeepers who move their bees into an area when a specific crop is in bloomŌĆöblueberries, oranges, buckwheatŌĆöand often they get paid for the pollination services their bees provide.

For the backyard beekeeper who keeps bees in a single location and isnŌĆÖt interested in trying to capture a particular varietal honey, seasonal varieties offer an easier way to capture the terroir that is distinct to a given location. Depending on the location, harvesting honey in late spring might yield a dark robust honey, while a late-summer or early autumn harvest might yield a light, delicate honey. As a general rule, the flavor of lighter-colored honey is milder, while darker-colored honey has a stronger flavor.

Many beekeepers promote the locality of their honey, but the harvesting and processing can seriously affect the quality of honeyŌĆÖs terroir.

If too much smoke is used during harvesting, for example, it can impart a smoky flavor to the honey. The same is true for honeybee repellent compounds that might be used when separating the bees from their larder.

Heating and filtering can also change honeyŌĆÖs color, flavor and smell. Heat tends to darken honey and drive off the volatile compounds that provide its individual aroma. The greater the temperature and the longer the exposure, the more color and flavor are affected. Because some of the honeyŌĆÖs color and flavor characteristics might be a result of the pollen found in the honey, filtering out the pollen can have an effect, too.

Harvesting varietal honey has its challenges, and the biggest is the danger in taking honey from the bees early in the season, which can easily lead to a lousy remainder of the season. This could result in beehives that head into winter without the requisite amount of honey needed to survive the prolonged period of dearth. Feeding an artificial diet of sugar syrup can help the bees get through such a predicament, but a 2014 Scientific Reports article by Marsha M. Wheeler and Gene E. Robinson, as well as work done at the Center for Pollinator Research at Penn State University, indicates that bees are healthier when subsisting on a diet of natural pollen and honey produced from nectar, compared with sugar syrup and protein patties.

Hundreds of types of honey are available in the U.S., each varietal honey originating from a different floral source. Here are some of the more common floral sources and the sensory properties of honey they produce.

Alfalfa (Medicago sativa) This legume has bluish-purple flowers that bloom throughout the summer and is considered one of the most important honey plants in many western states. Alfalfa honey is a pale cream or extra-light amber color with a floral flavor.

Basswood (Tilia americana) The basswood tree, aka linden, is found from southern Canada to Alabama and Texas. Basswood honey is often characterized by its distinctive sour flavor, and the honey can be almost colorless to butter-yellow with a strong fruity and earthy flavor that has overtones of butterscotch and pineapple.

Buckwheat (Fagopyrum esculentum) Buckwheat plants like cool, moist climates and prefer light and well-drained soils, although they can thrive in highly acidic, low fertility soils as well. Buckwheat is usually planted in the spring or found growing wild. It blooms quite early and yields a dark-brown honey of strong, distinct flavor that can range from earthy and musty to malty.

Clover (Trifolium spp.) Clover honey is what most people think of as the typical honey flavor and color. ItŌĆÖs widely considered to be one of the finest honey varieties. Despite being the most common nectar-producing honey plant, clover honey is still a variety and includes white clover, alsike clover and the white and yellow sweet clover plants. Depending on location and source, clover honey varies in color from nearly colorless to butter-yellow and has a mild, delicate flavor.

Dandelion (Taraxacum spp.) This ubiquitous lawn denizen comes in many varieties. Dandelions are often the first primary nectar source for bees in spring. The honey is a dark yellowish-amber with a robust flavor.

Fireweed (Epilobium angustifolium) Fireweed honey ranges in color from very light to pale yellow and comes from a perennial herb that provides wonderful bee pasture in the Northern and Pacific states and Canada. Fireweed grows in the open woods, reaching a height of 3 to 5 feet and spikes attractive pinkish flowers. The honey is wonderfully sweet with a warm fruity flavor.

Goldenrod (Solidago spp.) Goldenrod is a genus of more than 100 species of autumn blooming plants in the aster family. Goldenrod typically grows in open areas such as meadows, prairies and savannas. Goldenrod honey tends to granulate quickly creating a finely crystallized smooth honey that features a deep golden-yellow color with a strong floral flavor and musky odor.

Orange Blossom (Citrus spp.) Orange blossom honey might be a single variety, but is most often a combination of citrus floral sources from orange, grapefruit, tangerine, mandarin, Clementine, or even lime and lemon trees. Orange is a leading honey source in southern Florida, Texas, Arizona and California. Orange trees produce a water-white to pale amber honey with a distinctive warm, floral flavor and the aroma of orange blossoms.

Sage (Salvia spp.) Sage honey can come from a variety of different species of the sage plant. Sage shrubs usually grow along the California coast and in the Sierra Nevada. Sage honey has a mild, delicate flavor. It is generally white or water-white in color.

Sourwood (Oxydendrum arboreum) The sourwood tree, found in the Appalachian Mountains from Southern Pennsylvania to Northern Georgia, has a sweet, spicy, anise-cinnamon aroma and flavor. The purest sourwood honeys are water-white with a hint of green and tend to stay liquid a long time before granulating.

The tulip poplar generally blooms in May, and its honey is produced from southern New England to southern Michigan and south to the Gulf states east of the Mississippi. The honey is dark amber, however, unlike most dark honeys that often have bitter and deep flavors, tulip poplar features notes of caramel and flowers.

Tupelo (Nyssa ogeche) Tupelo honey is produced in the southeastern U.S. In southern Georgia and northwestern Florida, tupelo is a leading honey plant, producing tons of white or extra light amber honey with a greenish cast in April and May. The honey has a mild, pleasant flavor that is among the sweetest of all honeys. Tupelo honey is famous for remaining liquid and not granulating for a long time.

While honey is produced in every state, certain types can be produced only in a few regions. Capitalize on your locale by creating and marketing your own individual taste of place.

A Taste of Honey

For those who wish to delve into honey tasting like a wine connoisseur, the American Honey Tasting Society is a leading resource for honey sensory education in the U.S., as it shares the techniques used to apply sensory analysis to varietal honey. The society features many courses, including the basics of honey tasting and honey tasting for culinary professionals. The society also offers honey evaluating aids, including as charts on color, aroma and the flavor characteristics of honey. Find out more at the American Honey Tasting Society.

Ross Conrad is the author of Natural Beekeeping: Organic Approaches To Modern Apiculture, 2nd Edition (2013) and resides with his bees in Middlebury, Vermont.