I Was A Vegetarian But Now Raise Animals For Meat: Here’s Why

Ethics, economics, food safety and my own health all played roles in my transformation from vegetarian to livestock farmer. 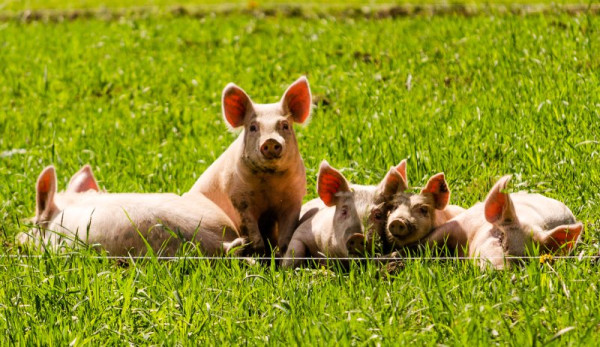 When I was 17 years old, I decided I was done with meatâ€”that I would be a vegetarian rather than an omnivore.

(Stick with meâ€”I end up raising pigs and processing chickens.)

I won’t claim the decision was based fullyÂ on ethics. In truth, I’d phased out red meat a year earlier and was growing bored with chicken, and I figured the move would prompt me to eat more vegetables, which is generally considered a good thing.

But this was the 1990s, and meat sourcing had gained some traction as a talking point, so I can’t fully deny an ethical motivation. I’m a cautious person by nature, and if I can’t get a straight answer to a question such as “Was this animal given chemicals or drugs that could potentially disrupt my normal physical functions?” I’ll opt to abstain. Plus, vegetarianism isn’t like a tattooâ€”it’s instantly reversible.

My Years As A Vegetarian

But for 15 years, I didn’t reverse it. I diligently ordered off the sides-order menu when my family and I visited meat-centric eateries, and I derived a large percentage of my daily protein from prepackaged vegetarian products.

Then, one day, I decided I was done with being done with meat. Why? The short answer is that I fell asleep watching an Anthony Bourdain-hosted program, dreamt I was eating lamb and woke up hungry for a gyro. The long answer is a bit more complicated.

For months prior to my return to omnivorism, I’d grown uncomfortable with the amount of processed frozen food I ate. Never mind that it was procured from the “Naturals” section of the grocery store: These various patties and “faux-meat” products were packed with flavor-enhancers and preservatives that I really didn’t want to consume anymore. And most of them were soy-based, a fact that forced me to confront a litany of conflicting health claims. I began to suspect that eating meat might be the better option.

The Rebirth Of An Omnivore

So I bought a gyro, and I enjoyed it. My family and I began purchasing locally raised meat from a market down the road. Then we met and befriended an organic farmer selling pork, chicken and beef at our farmers market. Because my wife and I are inclined to bake the bread rather than buy it, as it were, we ended up getting a piece of Kentucky farmland to raise pigs, chickens and cows on our own land, where I could finally get a direct answer to the question of how my meat was raised.

Mine is not a path for everyone, and I don’t stand in judgment of vegetarians. But after raising animals for a few years, I believe that responsible livestock farming does hold benefits that generally go unrecognized by some of the more ardent animal rights groups.

Consider The Lives Of Animals

First is the viability of the animal’s life itself.

I’ve had numerous visitors to the farm marvel at young Berkshire piglets frolicking in the yard, then turn to me and say, “They’re so cute. How can you eat them?” The answer is “Because I have to.” If you like pigs and enjoy having them as part of our ecosystem, they have to exist as an income-generating commodity.

A group of pigs born on my farm to a sow and boar I tend to would never exist without the ability to recoup the cost of feeding them and their parents: A sustainability stool without that third, economic leg just won’t stand. I work hard to give my animals what Temple Grandin calls “a life worth living,” but let’s face itâ€”700 pound adult pigs are very expensive pets, and I have to live, too. Somebody has to eat them.

In fact, recent breed preservation advocates have found that the most effective way to preserve rare breeds is to raise them for meat. While it might seem counterintuitive to save an animal by slaughtering it, there’s simply no reason for a farmer to raise an animal without being able to recoup costs and hopefully make a little profit. Looking at a Red Wattle hog, a threatened breed with fewer than 1,000 registered in the U.S., it’s OK to say, “They’re so cute.” But then you also need to thank the farmer for choosing to raise the animal for meat.

The Poop Factor: It Helps Vegetables

There are other reasons I believe eating meat is a responsible choice, but the final one I want to mention here is poop: Animals do it, and we need it.

When I was a vegetarian, it was easy for me to cultivate a sense of self-satisfaction crunching on a salad of fresh vegetables, but the truth is, that salad was grown in poop from animals that were raised for meat. If not, it was grown with the help of synthetic fertilizer, which comes with a whole host of problems. Composted manure is an invaluable fertilizer with a long history of delivering necessary nutrients and organic matter to a growing plantâ€”it makes good salad greens. But to get that poop, you have to raise animals. And when you raise animals, somebody has to eat them.