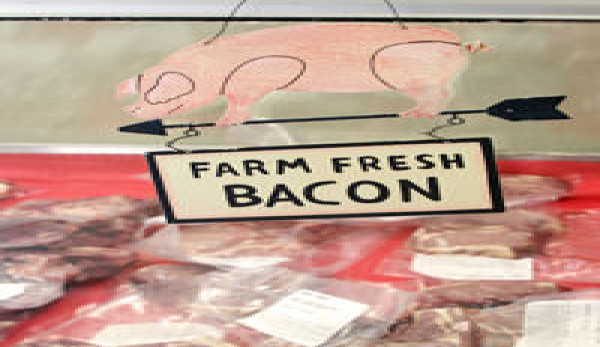 If you find yourself tempted toÂ begin addingÂ edible animals to your ruralÂ enclave or farm, you’ll be interested inÂ a Times Argus (Vermont) article about a Vermont pork producer’s efforts to change the state’s slaughter laws and laws related to inspecting meat.

Peter Harvey, who describes himself as a backyard farmer,Â has raised pigs on his property, using some as meat for his family and selling some locally. The trouble is theÂ Vermont slaughterÂ laws only allow him to process meat for his own family; selling meat to others is illegal, unless it’s slaughtered at a government-sanctioned facility.

Harvey and others find the slaughter laws cumbersome and impractical for people who don’t live on a farm; if a potential customer is interested in eating the locally raised pork, he or she would have to buy the pig to be slaughtered and processed on their own.

Harvey and his supporters say more people want to buy from people they know; in addition toÂ the growing demand,Â allowingÂ small producers to slaughter and sell the livestock they raise is a way forÂ farmers to get a fair price, they say.

In drawing attention to the issue, they’ve gained the support of a local legislator, who’s working on a bill to permit CSAs to raise and slaughter hoofed animals for the local production of meat.Â Read the Times Argus article