California’s new Ag Warriors program has partnered with four California colleges to equip veterans with the skills they need to pursue agricultural careers. 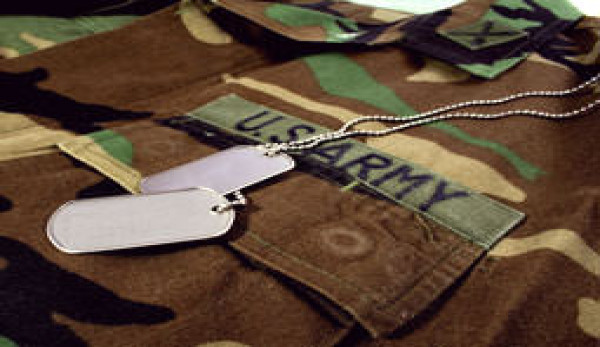 As the United States has felt the strains of economic recession over the past decade, so too have the nation’s servicemen and women. Between 2000 and 2009, veteran unemployment rose from 3 percent to 8 percent, according to a report from the Department of Veteran Affairs. Young veterans between the ages of 18 and 24 bared the biggest burden, with unemployment peaking at 8 percent. On the flip side, only about 15 percent of veterans held a college degree during that time period and only 30 to 35 percent had completed some college.

Recognizing an opportunity to help veterans get plugged into the workforce, the new Ag Warriors program in California’s Central Valley will launch this month to connect veterans and agriculture employers.

Founded by the International Agri-Center, which hosts the World Ag Expo in Tulane, Calif., Ag Warriors has partnered with four educational institutions to develop training curriculums that mingle the veterans’ military skills with those needed to thrive in a farming career.

“I believe if you have been on combat patrol in Afghanistan as a veteran, you are a strong team member with an equally strong work ethic—two characteristics sought most by employers,” says Larry Dutta, dean of career and technical education at College of the Sequoias, an Ag Warriors educational partner. “If a veteran has some additional job skills learned in the military or at a community college, they will become valuable employees.”

With more than 1,200 agricultural exhibitors each year, the World Ag Expo will serve as the conduit between the ag industry and Ag Warriors’ educational partners, with its participants serving as potential employers who can provide jobs and internships to the student veterans.

The key to Ag Warriors’ success, according to Dutta, will be identifying the needs of the agriculture industry and immediately getting veterans connected to a local training program that fits those needs.

“For example, if WAE was contacted by a global agriculture company seeking experienced crop-production specialists and had facilities anywhere in California, our partner colleges could provide training and veterans to fill those jobs,” he says.

As the first college to partner with Ag Warriors, COS already has a strong agricultural program as well as 180 veterans on campus, Dutta explains. With a new campus located just miles from the WAE on 500 acres of farmland, it’s perfectly positioned to fit the veterans’ training needs. Plus, it has the infrastructure in place to assist veterans with tuition, books, living expenses and other costs.

The program will officially launch at the Ag Warriors Gala on Feb. 15, 2012, during the 2012 World Ag Expo. The event will feature a keynote address from President George W. Bush and a performance by country music artist Michael Peterson, Ag Warriors’ spokesperson, who completed nine tours to Iraq and Afghanistan and received the 2008 “Spirit of Hope” award for his service.

Many veterans have already expressed interest in Ag Warriors, according to Liza Teixeira, communications director for IAC, but the program will not begin enrollment until after the official launch. For details about the program and application information, veterans can call the IAC at 559-688-1030.

“We believe the agricultural community is well-suited to provide jobs to returning veterans,” says Jerry Sinift, CEO of IAC.  “Many of our friends in agriculture have expressed a need for bright, motivated and hardworking individuals to join their teams—Ag Warriors will be the conduit that connects employers with veterans in search of careers in agriculture.”