USDA scientists use a virus to distinguish the bacterium responsible for crucifer blight from its doppelganger. 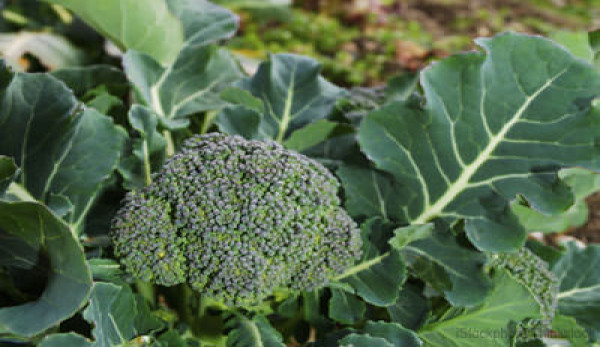 Natural warfare between a virus and a Pseudomonas bacterium is helping USDA scientists continue to learn about the bacterium’s ability to kill arugula,Â broccoli and several other brassica vegetables.

In ongoing research dating back to 1998, Bull and her co-investigators have detected and identified this pseudomonad; clarified its taxonomy, or “family tree;” and determined that it is the culprit behind crucifer blight,Â a costly bacterial disease that damages crops in the brassica family. The blight causes water-soaked spots to appear on plant leaves, which eventually coalesce and turn brown, giving the leaves an unattractive, burnt appearance that makes the vegetable unmarketable.

Early on, the scientists’ field, greenhouse and laboratory studies indicated that the crucifer blight bacterium could be easily confused with a close cousin, P. syringae pv. maculicola, which causes pepper spot disease. The two different pseudomonadsâ€”both of which are harmless to humansâ€”kill some of the same vegetable crops, and several standard lab tests cannot reliably tell the difference between the two bacteria.

Bull and her colleagues chose the PBSPCA1 virus as the basis for a lab assessment that reliably identifies the two confusing bacteria. Because the virus can kill the crucifer blight bacterium but not the pepper spot pseudomonad, it can be used to differentiate one bacterium from the other. The researchers began using PBSPCA1 for preliminary diagnoses in 2002, and have continued to improve the assessment.

The bacterium that the team later identified as the cause of crucifer blight began showing up in vegetable fields in California’s Salinas Valley in 1995. Bull began investigating the mysterious microbe three years later. Within a few years, her team had resolved much of the confusion surrounding it.

Today, Bull and her co-investigators continue to help growers and plant pathologists in the United States and abroad identify the crucifer blight bacterium. Positive identification matters, especially when growers are deciding what to plant. For example, the USDA studies have shown that broccoli, cabbage and cauliflower are vulnerable to both the crucifer blight and the pepper spot bacteria, while some other crops, such as lettuce, are not.

Read more about this research in the February 2013 issue of Agricultural Research magazine.