Expanding the floor plan on our farmhouse offered more than its fair share of challenges. One such challenge was tying the existing walls of the original structure into the new walls of the expansion. 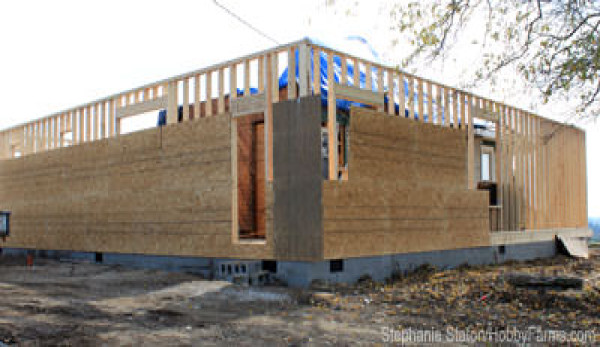 Expanding the floor plan on ourĀ farmhouse offered more than its fair share of challenges. One such challenge was tying the existing walls of the original structure into the new walls of the expansion. Cobbled together by multiple contractorsāmost of which we would rate as less than stellar in terms of work qualityāthe walls were neither square nor level. Some had to be ripped out entirely while others required some creative engineering (i.e., prying loose without dismantling and adjusting to be both level and plumb). The walls that came down were not simply trashedāwe did our best to reuse the materials at hand, repurposing the wall studs when possible.

Before we could even get to that part of the construction, several demolition tasks required completion, including the removal of the remaining plaster walls. In some cases, we had to pull off layers of Sheetrock before even tackling the plaster, the latter of which is a messy and strenuous activity. Once you got past that part, the small boards used to attach the plaster and the tiny nails left in their wake had to be painstakingly pulled from the wall to leave a clean surface for tying into the new portions, as well as for drywall down the construction road.

All the while, it was imperative that each wall remain level so that theĀ new roof trusses would have a level surface to sit upon. Using a string with a level on it, the guys secured each wall in place with temporary supports as they made tweaks and adjustments to ensure that the walls were plumb, square and levelāa difficult and tedious task to say the least.

This is when the house truly took on new formāI started to get a feel for the layout that just canāt be obtained from a 2D printout. As we worked in and around the structure, we discovered design issues that didnāt show up on paper, such as the bathroom-door placementāit looked good on paper but felt wrong in useāand the functionality of swing versus pocket doors to allow for maximized use of space, as was the case in our mudroom. Making these adjustments on the fly would have been far more difficult with a hired contractor because we would likely not catch it in time and have to pay extra to change it, so while it was more work and time for us, it was a good option for our budget.

Stephanie Staton is a freelance writer who burns the midnight oil to meet deadlines between homeschooling her son and chasing her two horse-poop enthusiastic dogs around the farm. She and her family split their time living on the family farm and in an RV that moves with her husbandās work.