Want to Help Save the Monarch? Be a Citizen Scientist

Volunteering to report your observations helps conservationists to better gauge and manage threats to the monarch butterfly. 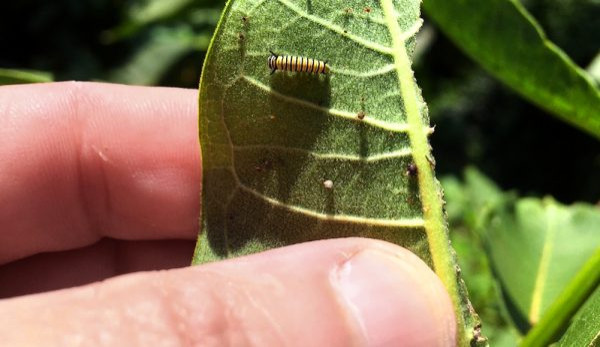 Let’s say you’ve filled the garden with native milkweed plants and nectar-rich flowers. And maybe you’ve even urged your friends and family to stop using pesticides. In that case, you’re already doing a lot to make life better for the troubledĀ monarch butterfly.

Real-World Impact for the Monarch

Turns out, your observations from the field can truly help to advance the work of conservationists. Your input also can help researchers keep tabs on the overall health of ecosystems in different regions. Why? When conditions are favorable for monarchs, they’re favorable for countless other insects and animals, too.

According to one study published in the journal BioScience in April 2015, citizen scientists have ācontributed to nearly 20 percent of all monarch research.ā What’s more, āthe potential for involving citizens in science and action has only begun to be tapped.ā

The study’s authors, ecologist Leslie Ries and conservation biologist Karen Oberhauser, identify areas in which more citizen science data are needed. These include general population survey data from citizen scientists residing in the southern U.S., and spring and fall migration reporting from people living in the western half of the U.S. (Do you live out west? See āWest of the Rockiesā below to learn how you can help.)

Begun in 1992, The Monarch Watch Tagging Program is one of the most hands-on citizen science programs around. People who live east of the Rocky Mountains can purchase specially designed monarch butterfly wing tags to use during the fall migration seasonāfrom now through November. Whether they responsibly raise monarchs or catch them in the wild, Monarch Watch participants carefully affix one uniquely numbered tag to the wing of each butterfly in-hand. They also record the tag number, tagging date, geographic location and the sex of the tagged butterfly before re-releasing it. After migration periods have ended, participants submit these data to Monarch Watch’s aggregated database.

During migration from the eastern U.S. to overwintering grounds in Mexico, some tagged monarchs are recaptured. Researchers study the data associated with each recaptured butterfly’s uniquely numbered tag. They can get a better sense of how various factors affect the likelihood that migrating monarchs successfully reach their target destination.

Rather not handle monarchs? There are plenty of observation-only programs such as Journey North. Now through fall and winter, Journey North is most interested in sightings of monarch eggs, larvae and adults. Live in an area with roosting monarchs? Journey North also will collect reports of night roosts and peak migration events.

For its part, the Monarch Larva Monitoring Project does feature some hands-on components such as estimating survival rates by rearing wild-collected eggs and larvae. But the project affords would-be citizen scientists lots of observation-only opportunities as well. Participants can report on the density and characteristics of milkweed plants, the density of monarch populations, distribution of aphids on milkweed plants and more. The Monarch Larva Monitoring Project also provides extensive, online training on data-recording protocols.

With daily, weekly and annual reporting options, this citizen science program is fairly flexible. However, at minimum, participants are expected to provide site descriptions of their specific habitats annually. These must include the size of the area studied as well as the size, quality and characteristics of the site’s milkweed plants. Also, once during the middle of the growing season, participants should expect to count all the milkweed plants on site or conduct a random sampling.

West of the Rockies

If you live west of the Rockies, you’re in a special position to make a difference. In its āWestern Monarch Call to Action,ā the Xerces Society for Invertebrate Conservation notes, āFor every 160 monarch butterflies there were in the 1980s, there is only one left today.ā The group holds an annual Western Monarch Thanksgiving Count, which has helped researchers keep tabs on the western monarch’s precipitous decline.

To help the butterfly, citizen scientists can submit observational data via the Western Monarch Milkweed Mapper. This project doesn’t require participants to routinely monitor the same site. Instead, it encourages participants to identify different milkweed species they encounter and to look for monarch eggs, caterpillars and adults. Participants then take accompanying photos and submit corresponding āMilkweed and Monarch Sightingā forms online.

Susan Brackney is a freelance writer and author of the Insatiable Gardenerās Guide (Five Hearts Press, 2004) and Plan Bee: Everything You Ever Wanted to Know About the Hardest-Working Creatures on the Planet (Perigee Books, 2009).