Warming Up to Double Flowers

I'm generally not a fan of double flowers, showy varieties with extra petals. I think they look a bit over the top (read: fancy) for my cottage-style garden. 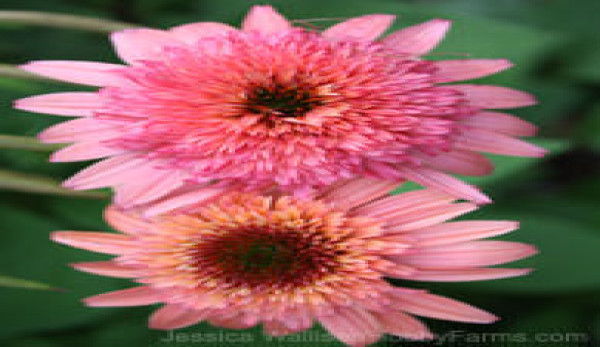 I’m generally not a fan of double flowers, showy varieties with extra petals. I think they look a bit over the top (read: fancy) for my cottage-style garden. Plus, there is some evidence that double blossoms are not as inviting to pollinators and other beneficial insects because their mass of petals hides the nectaries, thereby making the nectar more difficult for smaller insects to access. As a result, I tend to shy away from double-petaled flowers. This past season, though, I did find two double flowers that I fell in love with.

The first is a sunflower. I wrote a piece for theÂ July/August 2012 issue ofÂ Hobby Farms magazine a few months ago called “Cut and Dried,â€ť and I wanted to try to grow as many sunflowers as possible so that I could write from experience, not just research. Many of the varieties I discussed have been in my garden multiple times over the years. But a pom-pom double-petaled sunflower called Golden Cheer had never made the cut.

Iâ€™m glad I had the chance to grow the Golden Cheer sunflower for the article because I never would have given this lovely little sunflower a chance. Golden Cheer reaches 6 feet tall and is covered in shaggy, pom-pom-like flowers that reach 6 inches across. It branches nicely and looks great in a vase. And as you can see from this picture, I found no shortage ofÂ pollinators on the flowers this summer. Here you can see both a soldier beetle and a green sweat bee.

The second double flower I found to be a lovely surprise is a coneflower called Secret Desire. It’s a fairly new introduction and bears perky double flowers in blended shades of apricot, orange and pink. The plant grew to nearly 2 feet tall, and the heavy blossoms did require staking, but the plant itself performed beautifully, tripling in size through the season! I have it growing in full sun at the top of a retaining wall and hope to see it return next spring.

Although I still wouldn’t call myself a fan of double flowers, I am happy to include these two beauties in my garden plans for next year and beyond. And maybe, just maybe, they have opened the doors for me to give some of their cousins a chance.