Warning: Gardening May Cause Injuries

As you may be able to guess from the title of today’s post, I’m typing this blog with only nine fingers. 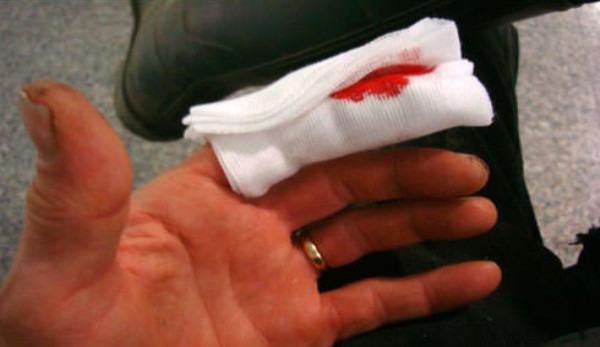 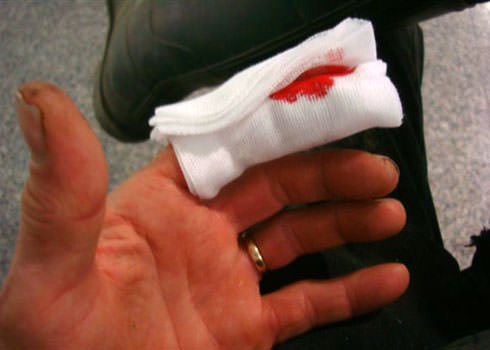 I learned the hard way that carelessness in the garden can lead to painful results.

As you may be able to guess from the title of today’s post, I’m typing this blog with only nine fingers.

Usually, everyone who fires up a chainsaw is aware of the dangerous potential of the tool. But accidents don’t usually happen if one is actively conscious of the danger involved, and such accidents are a big surprise. When one is not thinking about the electrical line in the ditch or the danger of a newly cut tree limb, danger sneaks up from an unexpected corner and strikes. I think of myself as fairly accident-savvy, and I make sort of a big deal of rehearsing and calculating all the different possibilities when I know I’m doing something dangerous, but …

Yesterday morning, I was working at my friend Richard’s garden. We were digging out a big tree stump so we could build a ramp to pass from one terrace to another. I was kneeling and using a pick to loosen the considerable amounts of rock and soil stuck between the various roots. I did remember to avoid hitting myself in the head with the pick on the backswing (because I’ve done that before), but I didn’t consider that situation otherwise dangerous. Aside from wearing gloves to protect my hands from scratches, the probability of any danger didn’t really enter my mind.

I was swinging the pick pretty hard, kneeling in front of the stump and pounding away. On one blow I swung extra hard to dislodge a big rock and ended up hitting the index finger on my left hand against a hard root. I smashed the finger really well, and right away, I knew I’d done major damage. Surprise, pain, and shame all flooded into my brain in an instant.

I’ll spare you the gory details, but suffice to say, I visited the local hospital and then made my way to the big orthopedic ward down the coast in Sestri Levant, Italy.

Italy might be weird in a lot of ways, but the healthcare system is pretty swell. The seven or eight hours I spent with doctors, nurses, X-ray technicians and surgeons didn’t cost me a cent. I did spend 8 euros that evening for antibiotics and an ice pack, though.

The biggest price I’m paying in the whole incident is in pain and shame. Today, I’m typing much more slowly and am a bit concerned for a big report I am supposed to finish later today. The whole deal was obviously my own fault, and I feel uncomfortable accepting the condolences of my friends and the loving ministrations of my wife.

So let today’s photo serve as a safety poster. If even one reader avoids injuring themselves as a result of seeing today’s unpleasant image, the blog will have done a good thing — for somebody else, at least.