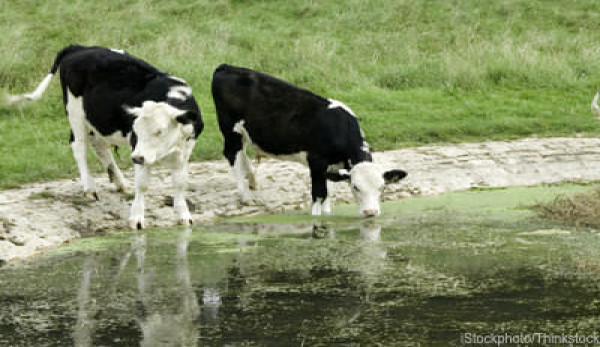 A recently completed study of water supplies on Pennsylvania dairy farms found that about a quarter of those tested had at least one water-quality issue, and average milk production for these farms was about 10 percent lower than farms with good water quality.

“While most dairy farms routinely test their water supplies for bacteria, additional testing for salts, metals and other parameters that can affect herd performance is conducted less frequently,” he says. “In the fall of 2012, Penn State Extension offered free water testing for dairy farmers across Pennsylvania. The objective of the project was to increase awareness of various water-quality parameters that are not tested as often. These less-tested parameters may explain chronic herd performance issues.”

The samples were analyzed for 13 common water-quality parameters that are part of the lab’s basic livestock water-testing package.

Ninety-eight percent of the water samples came from private water wells or springs on dairy farms. The farms in the study encompassed 51,000 acres and 18,000 cows with an average milk-production level ranging from 20 to 90 pounds of milk per cow per day. Only sixâ€”3 percentâ€”of the farms in the study had water meters to document water consumption by their herd.

“Overall, 45 of the water supplies, or 26 percent, had at least one water-quality issue,” Swistock says. “Average milk production for these 45 farms was 56 pounds per cow per day, compared to 62 pounds on the 129 farms with good water quality.”

“Penn State Extension encourages farmers with water-quality issues to install water meters to evaluate the herd’s water-consumption level,” Swistock says. “We also recommend providing alternative sources of water to a subset of the herd to collect more evidence of the potential effect of these water-quality problems on performance.”

A recorded webinar highlighting the study findings and a fact sheet on drinking-water tests for dairy cows can be found on the Penn State Extension website.