Weeds: To Pull or Not to Pull?

Photo by Rick Gush The view of this “weed garden” from my office might not look pretty to some but, to me, I see a resilient, amazing patch of plants. Weeds are pretty cool plants. We gardeners spend a lot of our time fighting weeds, but there is a lot to appreciate in these “enemies.” […] 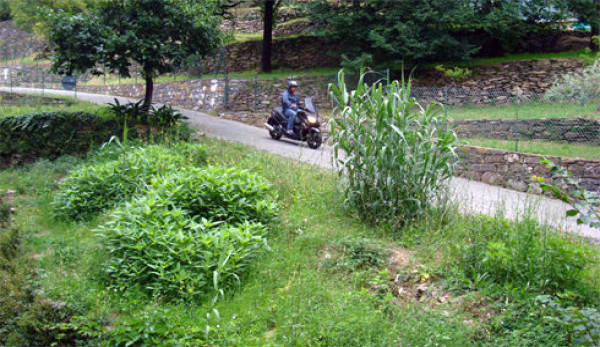 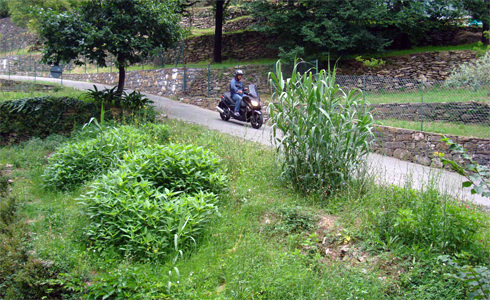 The view of this “weed garden” from my office might not look pretty to some but, to me, I see a resilient, amazing patch of plants.

Weeds are pretty cool plants. We gardeners spend a lot of our time fighting weeds, but there is a lot to appreciate in these “enemies.” I really don’t think of them as enemies; they’re more like the rightful occupants of the space I’m trying to cultivate.

I will admit though that sometimes there are particular weeds that do evoke feelings of anger in me, and I can feel adrenaline flowing when I’m pulling them out. Stepping back a bit and looking at that reaction amuses me. Why does a weed make me angry just because it’s growing so successfully in a place I had not desired it to grow? Am I wacko?

I have a history of being emotionally confused in my relationships with weeds. I once had a job cleaning up some flowerbeds for a seedy apartment complex. Amid the unkempt apartment complex, the most attractive part was the lush, green weed growth in the planting beds.

As I was pulling out the first few weeds, I noticed what nice specimens they were, and I could look around and predict the dismal fate of the new bedding due to be planted. I knew that, whatever new plants were planted, they would be mistreated, under-watered and not fertilized, because that’s just the way the whole apartment complex was maintained. I began to question my moral right to kill all those wonderfully growing weeds just because some jerk in the office wanted me to. I spent a few more minutes pondering this personal dilemma, and then I walked into the office and quit the job, explaining the reason to a confused and annoyed manager.

I remember riding past those apartments a few weeks later and seeing that my predictions had been correct. The new little plants, in the beds that had been cleaned by someone else, were mostly dead from dehydration or from evident tire damage in the beds. The beds looked lousy, and in a weird way, I was happy not to have been much of a participant in the senseless massacre of the weeds. A few months later, I saw that the weeds were reestablishing themselves and growing back toward their previous splendor.

That’s one of the things I like about weeds; they are certainly more persistent and resourceful than the flowers and vegetables I wedge into their territory.

Shown above are the weeds on the other side of my little creek. I have a big set of windows in the office and I get to see the whole cycle of weed growth in the patch there. There have been a fair amount of flowers this year and a continual pleasant carpet of assorted green weeds. The cane and Jerusalem artichokes are dominating now, and I’ll probably go over and harvest some of the little Jerusalem artichoke tubers this fall. The wild ones are dinky, but still have the great flavor.