The Welsh Black, a hardy, efficient beef producer, can hold its own against many other more popular beef cattle. 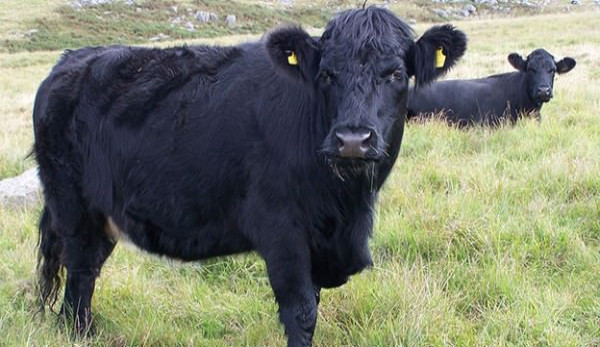 Use: Due to their capability to thrive on marginal pasture, Welsh Blacks are an outstanding breed for grass-fed and organic beef production. Indeed, Welsh Black beef is uncommonly tasty. In 2002, 12 top London chefs participated in a blind taste test of fillet steak from the world’s most famous beef breeds including Angus, Simmenthal, Charolais, Limousin and Salers. The Welsh Beef steaks emerged the winner, hands down.

History: The Welsh Black is a particularly ancient breed descended from hardy hill cattle that already roamed Wales’ mountains prior to the birth of Christ. Originally there were two strains: a stocky, beef type from North Wales and the taller, rangier, more dairy-like cattle of South Wales. The first Welsh Black herd book was published in 1882 and the formation of a breed society followed in 1883. For a time, separate North Wales and South Wales societies existed. However, the combined Welsh Black Cattle Society was formed in 1904 and during the ensuing years, breeders intermingled the two types to produce an intermediate-sized, rugged, beef breed Welsh Black admirers call “black gold from the Welsh hills.” The first Welsh Blacks came to the United States in 1963. There are Welsh Black associations in the United States, Canada, Australia and around the globe.

Conformation: Most Welsh Blacks are rusty- to jet-black, although a red gene exists in this breed and once a red individual pops up, it breeds true. Registered Welsh Black cattle are, however, allowed a splash of white on the underline behind the navel. Until recent times additional colors including belted, white park, line-backed, and blue existed and a British organization called the Ancient Cattle of Wales Society (www.ghc-acw.org/english.htm) is working to resurrect them. Historically the breed was horned but now both polled and horned bloodlines can be found. The horns of adult cattle are ivory-colored with black tips, and medium in length. Welsh Blacks are strongly built, medium- to large-size animals with bulls averaging 2000 pounds and cows, 1200-1300 pounds. They are deep and long, with plenty of bone. Welsh Blacks have thick, soft, fairly long hair. It can be wavy, but tightly curled hair is objectionable.

Special Considerations/Notes: Welsh Black cattle are above all, hardy, efficient grazers with the ability to utilize rough pasture and upland grasses. Due to the breed’s dual-purpose background, brood cows produce plentiful supplies of milk for their young. Black Welsh calves, while born small for ease of calving, grow quickly. The breed is noted for its docility.