The standard dual-purpose Welsummer chicken breed is famous for its large, dark, terra-cotta-colored eggs that are often speckled with an even darker hue. 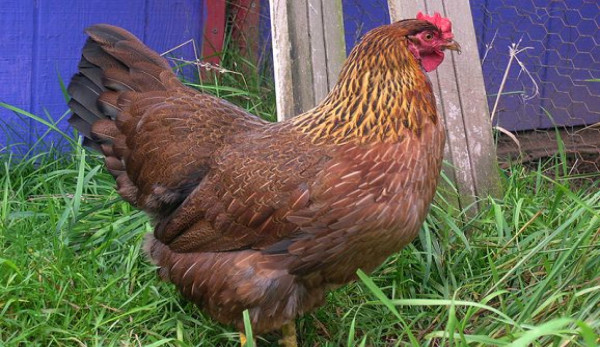 Use: The standard dual-purpose Welsummer chicken breed is famous for its large, dark, terra-cotta-colored eggs that are often speckled with an even darker hue. (Bantam Welsummer chickens lay lighter brown eggs.) Itâ€™s a moderately fast-maturing breed that produces excellent meat.

History: Dutch poultry keepers in and around the village of Welsum in the eastern Netherlands developed the Welsummer chicken breed during the early 1900s by selecting for the production of large, dark-brown eggs. The breed was standardized in the 1920s and exported to England in 1928. It was added to the British Standard in 1930 and the American Poultry Associationâ€™s Standard of Perfection in 2001.

Conformation: The Welsummer is a large, upright, active chicken with a broad back, a full breast and a large, full tail. Itâ€™s a soft-feathered breed that comes in standard and bantam sizes. Standard Welsummer cocks weigh 7 pounds and hens weigh 6 pounds. Bantam cocks weigh 34 ounces and hens weigh 30 ounces. The breedâ€™s primary color is Red Partridge, but standard-sized fowl come in Silver Duckwing and Gold Duckwing, as well. (The Kelloggâ€™s Corn Flakes rooster is a Red Partridge Welsummer.) The breed has a medium-sized, single comb and yellow skin and shanks. Welsummer bantams carry their tails at a 50-degree angle.